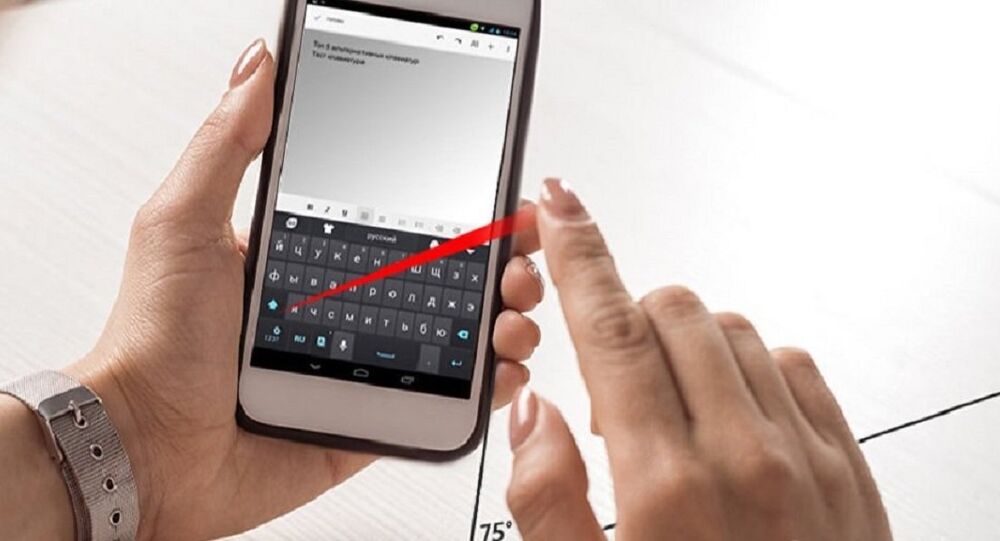 A research team from the Institute of Cyber Intelligence Systems at the National Research Nuclear University (MEPhI) has developed a new system of continuous authentication for smartphones based on behavioral biometrics.

The results of the new research were presented at several international conferences, the university’s press service told a RIA Novosti representative.

Password-based authentication is the most popular mobile device security system today. This system, however, is rather inconvenient for users, since they constantly have to re-enter their digital number or unlock patterns.

An alternative system, based on fingerprint authentication, is also significantly flawed: using malicious apps, hackers can replicate the owner's fingerprints and even add their own, thus blocking the device from its owner.

The biggest advantage of the new system developed by NRNU MEPhI is the continuous protection of the device from hacking, which requires no actions from the owner.

© CC0
Russian Scientists Grow Super-Wheat Resistant to Cold, Diseases
The behavioral biometrics system monitors the unique parameters of the user's device handling, which allows it to determine who is using the smartphone: its owner or someone else. In fact, everyone has a unique manner of handling their phones — the way we hold them, interact with the touch screen with our fingers, the way we use apps. These are the parameters that should be subject to constant monitoring, MEPhI experts suggested.

This authentication system is more convenient, since, apart from passwords and fingerprints, behavioral biometric characteristics cannot be lost, copied, stolen or imitated, which keeps the device well protected from hacking.

"Our scientific innovation is that for the first time ever, we used data analysis and machine learning technologies, as well as artificial neural networks, to monitor behavioral biometric characteristics in order to ensure the continuous authentication of the smartphone user. The sensitivity of sensors in today's smartphones allows them to recognize the unique behavioral characteristics of each user and, based on the set of data collected from the touch screen and other sensors, to conduct high-accuracy authentication," said Konstantin Kogos, head of the project and associate professor at MEPhI's Cryptology and Cybersecurity Department. This new technology might be interesting for smartphone and app developers that require continuous authentication, such as banking apps, corporate apps and messengers.