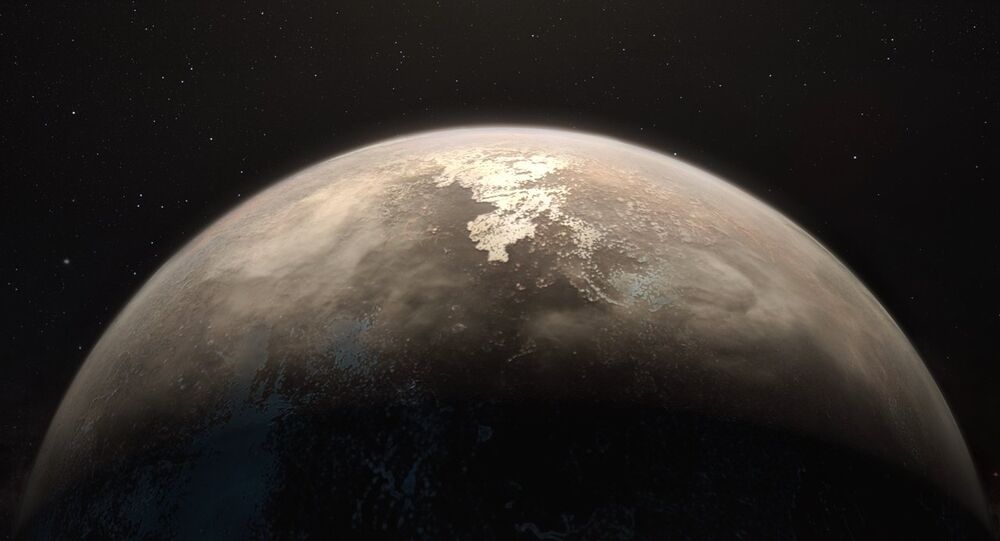 ESO Discovers Earth-Size Neighboring Exoplanet That Could Be Habitable

Earth may have just found a potentially habitable space counterpart and it is merely 11 light-years away.

The second closest temperate planet with a mass very similar to Earth has been found orbiting a quiet star 11 light-years from the solar system, announced by the European Southern Observatory (ESO) on November 15.

The planet has been named Ross 128b and is believed to be within the habitable zone orbiting a relatively inactive red-dwarf star.

Mr. Xavier Bonfils of the University of Grenoble-Alps Institute of Planetology and Astrophysics told Sputnik that planets are judged to be Earth-like based on their mass, distance from the local star and the amount of light received.

Judging by the mass of the planet, its distance from the local star and the amount of light it receives.

"What we don't know is how much light it reflects back to space, what we call the 'Albedo Effect.' If we have an Albedo Effect like that of Earth, the planet is cool enough to retain liquid water at the surface," Mr. Bonfils told Sputnik.

Until now, the closest and most similar planet to Earth was known to be Proxima b which is itself so close that it will make the study of this new planet much easier.

"What we need to know more about this planet is a large telescope. There is one that's being built in Chile and it is called the ELT (Extremely Large Telescope). It will have a primary mirror, 39 meters in diameter, and will give us the collecting and the resulting power to separate the star from the planet on an image. We will be able to actually see the planet. At visible weather the planet is 10 million times less luminous than the star itself. There is a huge contrast and the ELT will give the possibility to beat that contrast and actually see the planet," Mr. Bonfils told Sputnik.

Studying planets is easiest when the local star is less active, as it makes detection by telescopes simpler and also influences the planets' ability to retain their atmosphere which is essential for the support of living organisms.

The ESO is building what it terms an Extremely Large Telescope in Chile in order to more closely examine the planet.