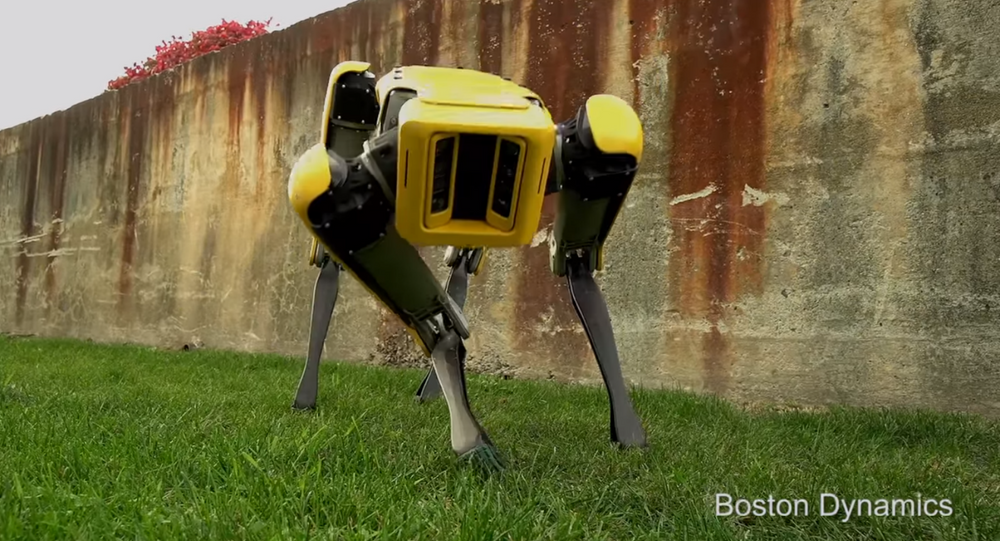 Move over Clifford, there's a new dog in town.

Though the latest bot is an upgrade from the June 2016 unveiling of a giraffe-like version of SpotMini, scientists have kept mum on the capabilities of the now-yellow guy. In fact, after Boston Dynamics researchers gave their audience a quick view of SpotMini prancing on the grass, an ominous "coming soon" was all the company offered up — not even the video's caption gave more intelligence.

With no details in sight, some have shared their own bits of knowledge.

According to TechCrunch, SpotMini's quick glance motion "reveals what appear to be a pair of Kinect-style 3D cameras sitting in for its eyes." The Drive noted that the bot's movements "have been streamlined," which gives it more natural motion.

Push It to The Limit: Crazy Tricks Boston Dynamics’ Handle Robot Can Do

Welcome to the Future! Boston Dynamics' Latest Robo-Dog in Action