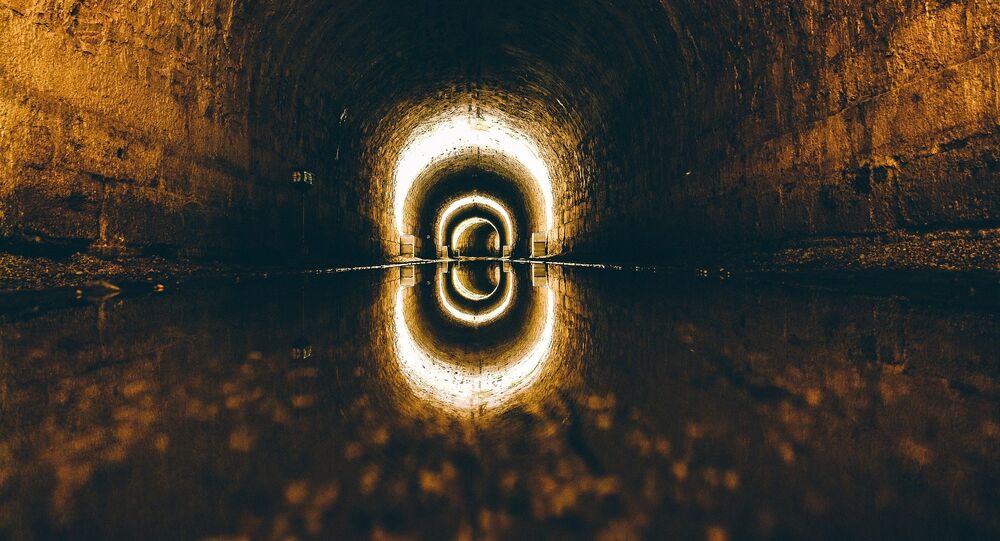 Former Angry Birds mastermind Peter Vesterbacka has stunned his compatriots with plans for a high-speed private rail link between Finland and Estonia. He argued that what might be the world's longest tunnel could be built within a mere five years.

An underground tunnel between Helsinki and Tallinn, which has been dismissed as wishful thinking for decades, could be ready for traffic by the mid-2020s, Peter Vesterbacka, former chief marketing director of the Finnish gaming giant Rovio, argued in an interview with Hufvudstadsbladet daily.

After leaving Rovio in the summer of 2016, Vesterbacka is now hoping to astonish the public with trains running beneath the Baltic Sea at a mind-blowing 350 kilometers per hour, cutting the travel time between Helsinki and Tallinn to a mere 20 minutes.

© CC0
Futuristic Finns Fancy Trans-Baltic Hyperloop to Tallinn
By Vesterbacka's own admission, the construction could start as early as next year, with the help of financing and technology from China, which is expected to contribute 70 percent of the tunnel's cost.

The over 80-kilometer tunnel is estimated to cost €15 billion, but Vesterbacka assured that neither tax money nor EU funds are an option. By his own admission, the tunnel would break even within 37 years with a price tag of €50 per ticket.

Vesterbacka's idea is to contract equipment from China in order to later establish what he called a "tunnel factory" for use in similar projects across Europe. The twelve tunnel drilling machines alone are estimated to cost €30 million each.

"It's not a problem, seen technically. It can be built in five years, already in the 2020s and not in the 2030s," Vesterbacka said, stressing that no insurmountable difficulties have been encountered so far. "The technology already exists in China and Japan, so there is no technological risk implied," he added.

​For the project to be completed in less than five years, two parallel tunnels will be dug at six sites at a time. The tunnels would be a solid 17 meters in diameter, which would allow for their future expansion, should the need arise. By contrast, no car tunnel is planned, as car traffic in the area is expected to decrease in the future.

© CC BY 2.0 / Antti Lankinen / Talvivaara
Radiant Idea! Accident-Prone Finnish Company Paves the Way for Uranium Mining
Vesterbacka's project lists four stations en route between the two capitals: in Tallinn, on an artificial island to be built off the coast of Helsinki, in Espoo in Greater Helsinki and at Helsinki-Vantaa Airport.

"With this tunnel, we want to prove that Finland is not an island, but that we are connected to Europe," Vesterbacka noted. Quicker access to the Helsinki Airport will become an extra bonus for Tallinn's 400,000 residents, he pointed out.

Vesterbacka argued that this project would be largely beneficial for the Chinese as well, as it would strengthen their reputation as major infrastructure builders.

While conceding that no funding is certain, as no papers have been signed so far, Vesterbacka ensured that attitudes towards the project have become increasingly favorable and sympathetic during the past year.

© Photo : Hyperloop Technologies
Wet Dreams: Norway Fantasizes About Overseas Hyperloop to Denmark
Hufvudstadsbladet columnist Tommy Westerlund has already likened the project to the Great Wall of China, lauding major economic benefits for the whole Helsinki metropolitan area, Estonia and even the environment, as both freight trains and passenger traffic will be electric.

49-year-old Peter Vesterbacka was Rovio's chief marketing director and is the founder of the startup and annual technical event Slush.