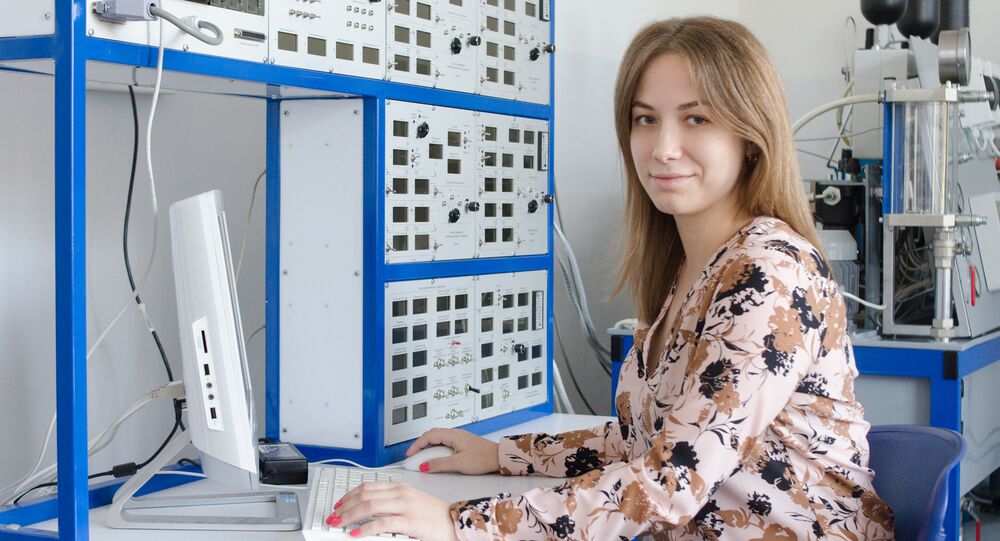 Valveless Pumps for Nuclear, Food and Medical Industries Being Designed at SUSU

Today, high-technology solutions allowing for production processes to be upgraded are in especially high demand. South Ural State University has something to offer for the existing demand.

A valveless pump designed by SUSU scientists is known for its high reliability, as well as for the smaller degree of damage that it might inflict on transmitted materials due to the absence of moving elements in its flow part. This innovation may find application in the food, medical and nuclear industries.

This valveless inertial pump with its hydraulic piston displacer was engineered by Daria Khabarova, a postgraduate student at SUSU’s Polytechnic Institute, who was one of the winners of the Prospects of Science contest under Project 5-100:

“I’m studying valveless pumping units used in the nuclear, food and medical industries for transmission of materials. Key requirements for pumps in these sectors include high reliability and absence of damage inflicted by the pumps’ elements on the transmitted materials. Piston or membrane pumps with hydraulic diodes (flow elements without moving mechanical parts) belong to this very type of pump. At the moment, we are searching for a structural scheme of a hydraulic diode that would be most efficient in the context of its use in pumping units.”

Research and development work in this field has been in progress for a relatively long time now. Starting from the 70s in the 20th century the engineers of a famous Japanese automobile brand had been studying the operational process of a piston pump with no valve-actuating gear in it.

Their research proved that a pumping effect in such a hydraulic machine was possible. Today, the most renowned company releasing hydraulic machines of this type to be used in the nuclear industry is a company from the USA. Structures of highly reliable units are being developed under Power Fluidics field.

“The safety issue in the nuclear industry is among the most topical ones, since any accident may have dramatic consequences. In this sector highly reliable units are used in the reactor cooling systems,” says Daria Khabarova. “Valveless micro-pumps with hydraulic diodes are widely used in the medical industry, for instance, for the transmission and dosing of medicines. These pumps are usually a low-power kind and have a relatively low efficiency. Our task is to improve them. Unfortunately, we know nothing about the use of such pumps in the food industry.”

It is obviously reasonable to use such pumps in the food industry, thinks Daria Khabarova. Using pumps with no moving elements in their flow parts will allow for the preservation of the sensitive texture of food products. Moreover, such structure may be used in other sectors of industry.

By now, the university’s team of scientists has completed theoretical studies of the pump’s operational process. To obtain adequate characteristics, experimental studies of the operational process and of certain elements of the pump are required. Today, experimental research is carried out with regard to studying characteristics of the main elements — hydraulic diodes. The next phase will include analyzing the obtained results and using them in the pump’s structure.

“Once the project is complete, I’m planning to further study the properties and characteristics of hydraulic diodes, as well as the possibility of using them to improve equipment. We already have some ideas about it. For instance, it is possible to make use of inertial properties of fluids, and design an optimal flow part of the vortex diode for its complete shut-off in one direction in case of cyclic change of flow direction in it.”

© CC0 / Anthony Ivanoff / South Ural State University
SUSU and Oxford are Developing Newest Intelligent Sensors
This scientific project is being fulfilled in collaboration with the leading company in engineering and manufacture of hydraulic-valve equipment and axial-piston hydraulic machines in the Russian market (Yekaterinburg). Some of the results were presented at the 3rd International Rotating Equipment Conference in Germany.

Today, this field is among the most promising ones. The research results will allow for additional steps to be taken towards the improvement of production processes.