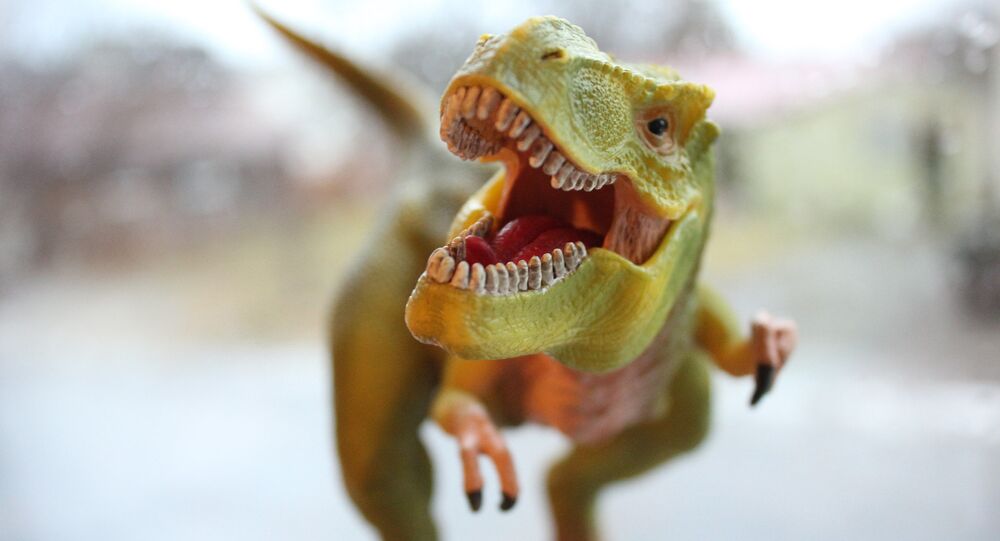 Don't Be Fooled by T. Rex's Mini-Arms, They Were in Fact His Secret Weapon

Paleontologists and biologists have been debating for decades about the purpose of the giant Tyrannosaurus Rex’s little arms, suggesting that they were vestigial. A paleontologist at the University of Hawaii at Manoa, however, believes that the forelimbs were actually his serious weapon and able to inflict serious damage.

While the T. Rex's tiny forelimbs were not actually "mini" at one meter in length, they were still considerably smaller in proportion to his large body and jaws. Many scientists suggested that they were vestigial and have reduced in size and functionality through evolution.

Many suggested that the theropod dinosaurs used them either to grab onto females when mating or lever itself off the ground if it happened to get knocked down by an opponent; or as a clutch to closely hold onto prey long enough for the dinosaur’s killer jaws to make the final blow.

Paleontologist at the University of Hawaii at Manoa Steven Stanley however says that the arms were in fact a secret weapon meant for "vicious slashing" in close encounters with prey.

"For starters, the arms are strong and robust, as indicated by the bones that make up the limbs themselves but also the coracoid, which is the shoulder bone that helps control arm movement. Being so short in relation to the dinosaur’s towering body, the arms would have been perfectly adapted to slashing at close quarters," ZME Science website quotes him as stating.

Stanley also pointed out that T. Rex "had two claws on each forelimb instead of the typical three most other theropods feature. Having just two claws would have helped T. Rex exert 50 percent more pressure when slashing and clawing. The (8-10 cm long) sickle-shaped claws would have caused deep wounds."

According to the research, the forelimbs did in fact decrease in size while the jaws became bigger and stronger, however "rather than becoming useless evolutionary remnants, the dinosaur’s forelimbs would have still packed a deadly punch in close-quarters combat."