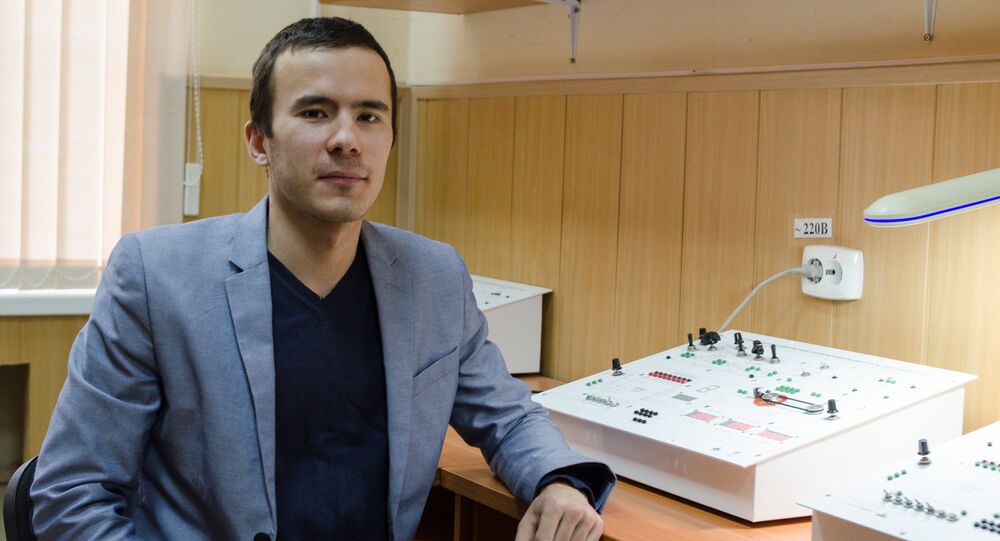 Scientists from South Ural State University are developing a propulsion unit for electric vehicles based on a separately excited field reluctance machine*. This innovative solution, researchers believe, will allow for the significant improvement of technical characteristics for electric vehicles.

“My project deals with developing an electric power unit for an electric vehicle based on separately excited field reluctance machine,” explains the author of the idea, postgraduate student at the Department of Automatic Electric Drive at the SUSU’s Polytechnic Institute Evgenii Khayatov. “Such a drive type as reluctance machine has never been used for mobile electric power units before.”

Work in this topical and application-important research allowed the postgraduate to become one of the winners of the Prospects of Science contest held at SUSU under the Project 5-100.

Reluctance machines are well suited for a wide range of industrial applications which do not require high overload or high rotation speed and are more and more often used for frequency-controlled pumps due to their enhanced efficiency. But as of yet there has been no experience in using them as engines for electric vehicles.

During the initial stage, the scientists performed the mathematical modeling of an electric vehicle engine by means of software that allows you to study electro-magnetic processes in close relation to mechanical movement.

“We built a 3D model of an engine. An electric engine consists of a stator and a rotor. The rotating magnetic field in the stator affects rotor winding and induces induction current into it; a rotation moment occurs which makes the rotor move. During the first stage we changed the stator and that allowed us to obtain optimal parameters. At the next stage by varying the geometry of the 3D model created we obtained optimal geometry,” elaborates Evgenii Khayatov.

The rotor prototype model was produced at the SUSU’s Research and Engineering Center “Drive Engineering”. At present scientists are carrying out studies in order to prove its efficiency. To do that, tests at a real facility are planned.

“For the next stage of our scientific research we are planning to develop a semiconductor converter which is a part of the power unit along with the drive lithium-iron-phosphate batteries,” explains the young scientist.

Today engineers enjoy great opportunities to promote the electric engines sector. Evgenii Khayatov has already published scientific papers on the research results, including several in the Russian Electrical Engineering journal indexed at Scopus. In the future the young scientist hopes to bring to life all of his innovations and create a real electric vehicle.

Students, Postgraduates of SUSU Will Be Able to Receive IELTS Int'l Certificate