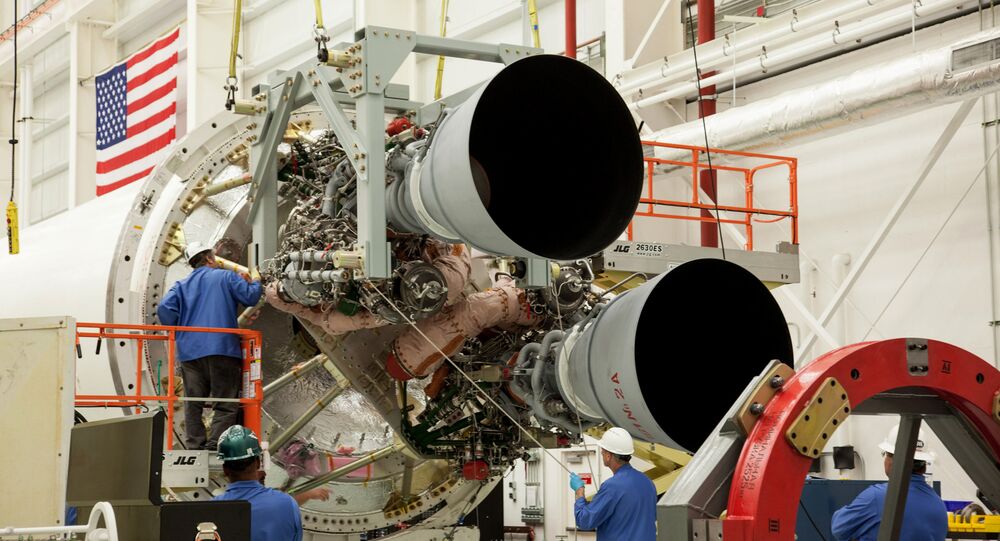 Russia is continuing to supply disputed rocket engines to the US under an existing contract, despite all Washington's efforts to replace them.

MOSCOW (Sputnik) — Russia's NPO Energomash company has supplied all four RD-181 engines scheduled for delivery in 2017 to the United States, according to the rocket engine manufacturer's statement released on Wednesday.

According to NPO Energomash chief Igor Arbuzov's previous statement, Russia planned to supply to the United States in 2017 a total of 11 RD-180 engines and four RD-181 engines.

The issue of replacing the Russian rocket engines arose amid the deterioration of relations between Moscow and Washington in 2014 as a result of sanctions imposed on Russia over the Ukrainian crisis.

Legislators, with Senator John McCain being one of the strongest advocates of the Russian engine's replacement, passed a law requiring the United States to develop a domestically produced next-generation rocket propulsion system by 2019 so as not to rely on the RD-180s.

The Pentagon leadership has reportedly set to substitute the engines with the domestic technology by 2020. However, later it was announced that the Atlas V carrier rockets with RD-180 will be used through 2024 or 2025.

READ MORE: Pentagon Will Have to Rely on Russian Rocket Engines Until Mid-2020s