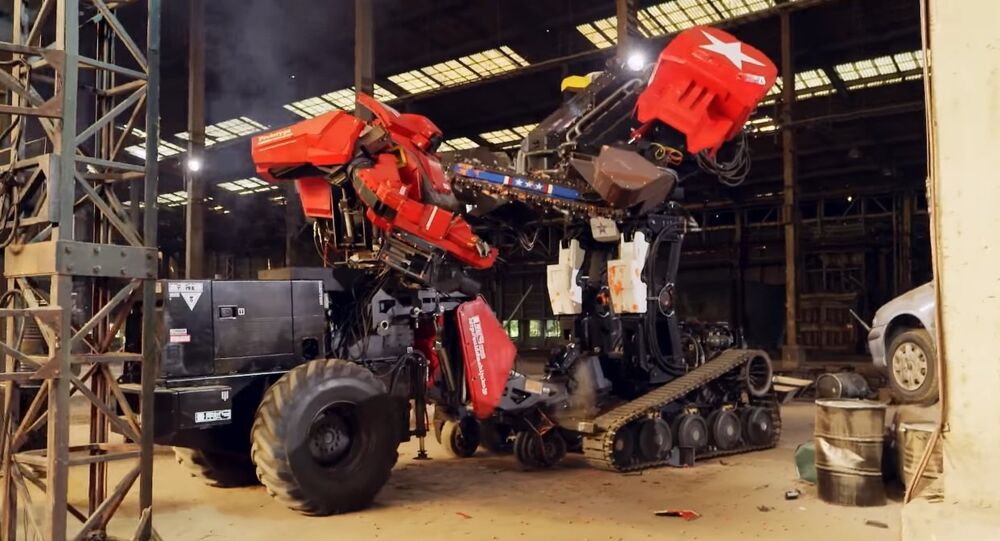 The US has sent a four-meter-tall Eagle Prime to clash with the Japanese mechanical giant Kuratas; and as it often happens in boxing and other human martial arts, the heavier opponent has won.

The US has beaten Japan in the world’s first ever Super Heavyweight robot duel.

This long-awaited match between the monstrous robots, billed as the "first ever giant robot fight" was streamed on Tuesday night via the online steaming site Twitch and is now available on YouTube.

The 26-minute duel however is said to have taken place a while ago, and was recorded over the course of several days.

© Sputnik / Igor Russak
The Robots Are Coming! Norway Fears Unmanned Warfare
The US presented its Eagle Prime, which is 16-feet tall (over four meters and 80 centimeters and weighs in at a gargantuan 12 tons) and which can be outfitted with a range of weapons – from cannons to a chain saw.

The Japanese creation Kuratas weighs only half as much and is three feet shorter, standing at almost four meters tall.

Engineer Gui Cavalcanti, MegaBots' co-founder, explained that he and his co-pilot Matt Oehrlein, "were actually inside the robot controlling where the robot went, what its legs and arms did, and deploying its weapons."

You can watch the whole process of how these two monsters were created in the video below.