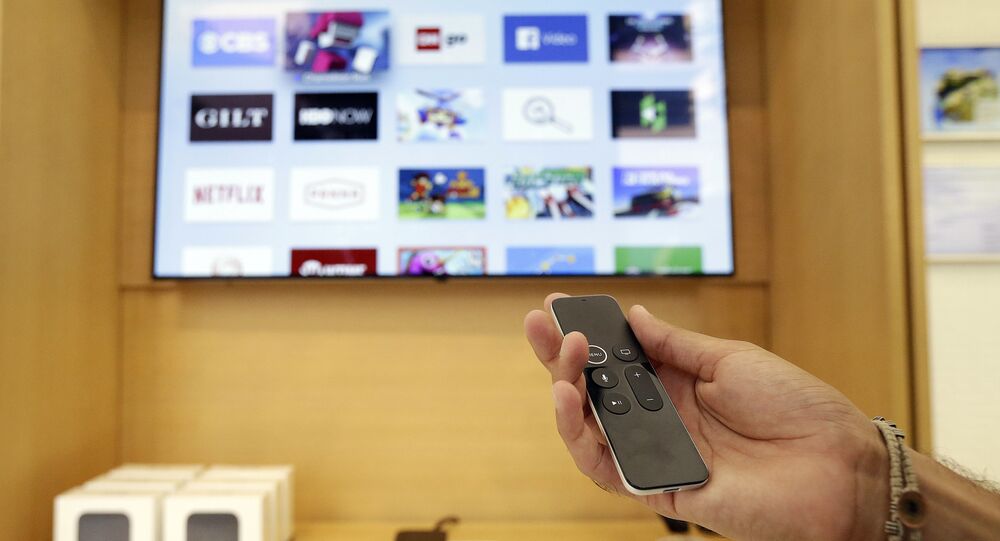 Turn on a coffee machine, switch to another TV channel and close a garage with the press of a button? The sci-fi movie scenario that had previously seemed impossible has already become a reality.

More and more companies have started using revolutionary technology known as the internet of things that allows us to connect various objects through a global network and make our life easier and safer; or maybe not?

While the new system that automates human activities is rapidly gaining popularity, Sputnik spoke with analysts about the pros and cons of this phenomenon and learned how it might influence people's lives in the future.

What is the Internet of Things (IoT)?

The internet of things is a giant network of connected "things," which includes everything from cellphones, coffee machines, lamps, doors, small wearable devices and almost any other item one can think of.

"This is a technology that allows us to connect previously unconnected devices via the internet, monitor them, and measure their data," Felipe Durán, marketing director at the Colombian company Solutek, told Sputnik.

© AP Photo
Security of Internet of Things Devices to Be Rated for First Time
The connected devices literally "talk" to us and to each other. It could be a smart fridge that tells you in advance that it is out of milk or your car that chooses the best route to your next business meeting because it has access to your calendar.

The most commonly used internet of things examples are Apple TV and Chromecast. They allow us to share content from a mobile phone, tablet or computer, as well as order food from home.

Another example is the voice support application Alexa developed by Amazon, which responds to voice commands, shows movies, reports about traffic jams and reads audio books to its owner.

© Photo : Pixabay
NSA Official Says Agency Looks to Exploit Internet of Things for Spying
The range of application for this type of technology is very wide, as it helps to increase productivity in different industries.

In agriculture, the technology is being used to learn the rate at which plants grow, the level of light they receive or the required amount of water to grow them.

The livestock industry benefits from this tool by measuring the production of milk or reproductive cycles of animals.

The system is also very useful in the area of health care.

"Caring for the elderly with sensors being put in different parts of the house will help to determine whether a person takes the medicine, where he or she is and whether he or she needs help," said Braulio Ríos, an electrical engineer in the Uruguayan company Tryolabs.

When there is no internet, devices and sensors can store information until a connection appears.

However, not everything is as cloudless as it might seem at first sight. Many analysts are concerned about security with regard to the internet of things.

"The devices are interconnected, and this makes such a chain very vulnerable," Fernando Suzacq, a computer engineer working at Tryolabs told Sputnik.

With billions of objects being connected to each other, it is very difficult to make sure that a person's information stays secure, the expert argued.

Thus, companies still need to figure out how to protect a system if, for example, someone wants to hack into your coffee machine and get access to your entire data network.