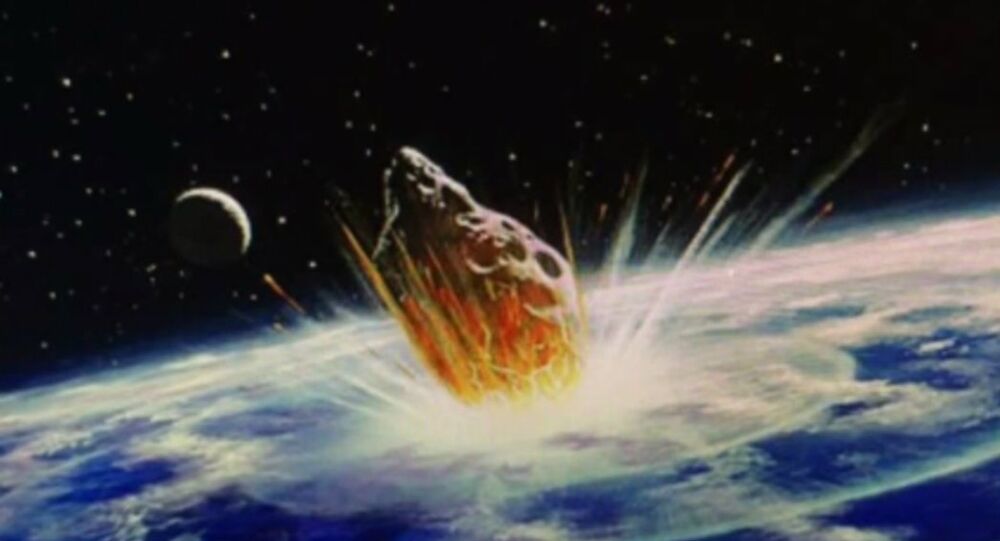 A bus-sized asteroid narrowly missed colliding with Earth on Tuesday night - but astronomers are concerned that the same projectile will swing back around and slam into our planet in the year 2079.

Asteroid 2012 TC4, estimated to be 50 to 100 feet in length, came within 27,300 miles of Earth earlier in October, which is way too close for comfort. By comparison, the moon is never closer than 363,000 miles from Earth, and the most distant human satellite still in operation, NASA's Interstellar Boundary Explorer, is about 38,500 miles away.

You can rest easy, though. Astronomers have modeled the projectile's path and found there's virtually no chance of it colliding with Earth during its next flyby in 2050.

But when it comes to potentially hazardous asteroids, it's better not to take many chances. "Scientists have always appreciated knowing when an asteroid will make a close approach to and safely pass the Earth because they can make preparations to collect data to characterise and learn as much as possible about it," said Michael Kelley, a NASA scientist who led the monitoring of TC4 in a statement.

"This time we are adding in another layer of effort, using this asteroid flyby to test the worldwide asteroid detection and tracking network, assessing our capability to work together in response to finding a potential real asteroid threat."

"Asteroid trackers are using this flyby to test the worldwide asteroid detection and tracking network, assessing our capability to work together in response to finding a potential real asteroid-impact threat," Kelley added.

© CC0 / UKT2
Not One, But Three? Giant Flyby Asteroid Had Company When Passing Earth

To give you a sense of the kind of destruction TC4 could cause if it hits Earth, in 2013 the Chelyabinsk meteor burst over Russia, causing $33 million in damages and injuring almost 1,500 people, but killing nobody. That asteroid had a comparable diameter to TC4.

So it won't end the world, but if it strikes a populated area, it could ruin a lot of people's days.