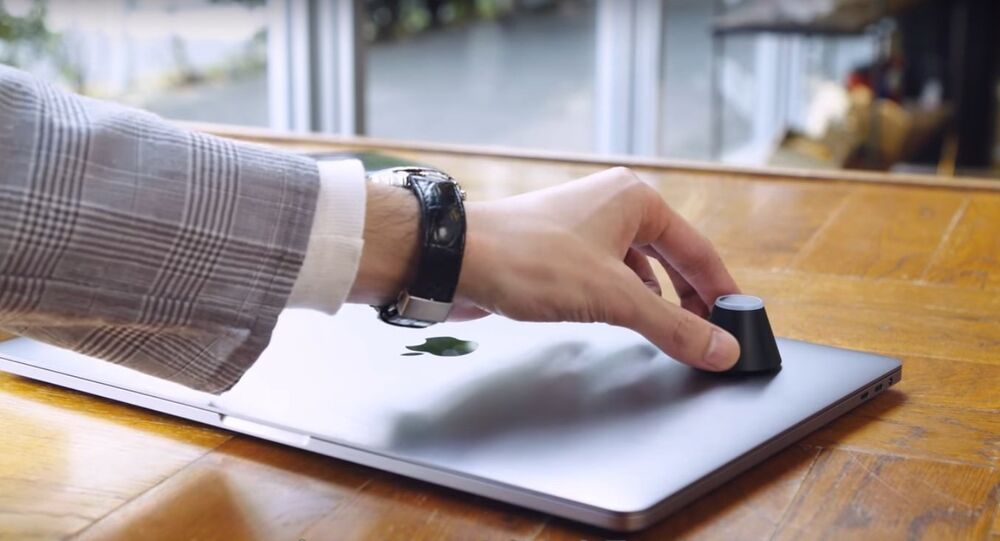 Ever worried about leaving your belongings unattended, for example, when you visit a cafe on your own? The problem has been solved by one Japanese company that created a unique warning system to keep your stuff safe.

Japanese company King Jim developed a tiny device to guard your belongings — because they know it can be such a pain in the backside to carry all your priceless stuff around when you are on your own at the café and just need to step away for a moment. According to Mr. Junpei Watabe, of the company's product development department, that's how they came up with the idea to create their latest antitheft alarm for laptops called Trene.

The compact, thimble-shaped device that weighs just 18 grams connects through Bluetooth to a smartphone. Powered by a li-ion polymer battery, Trene can work for about 20 hours on a single charge. According to the manufacturer, the sound volume of their gadget can be adjusted and varies from "loud" to "mute."

​The device is very easy to use: all you need to do is simply put it on the surface of the laptop or whatever you want to keep an eye on when you leave. If someone tries to move them, Trene's sensor will feel the slightest vibration and trigger the audible alarm and flashing LED lights. There is no need to manually turn the clever alarm off when you come back: once it senses the smartphone is back at a close distance, it disarms.

​The warning system is currently being offered as part of a crowdfunding project on Japanese website Makuake, and has already smashed its goal of 500,000 yen (US$4,550), with 90 days left and over 830,000 yen raised.