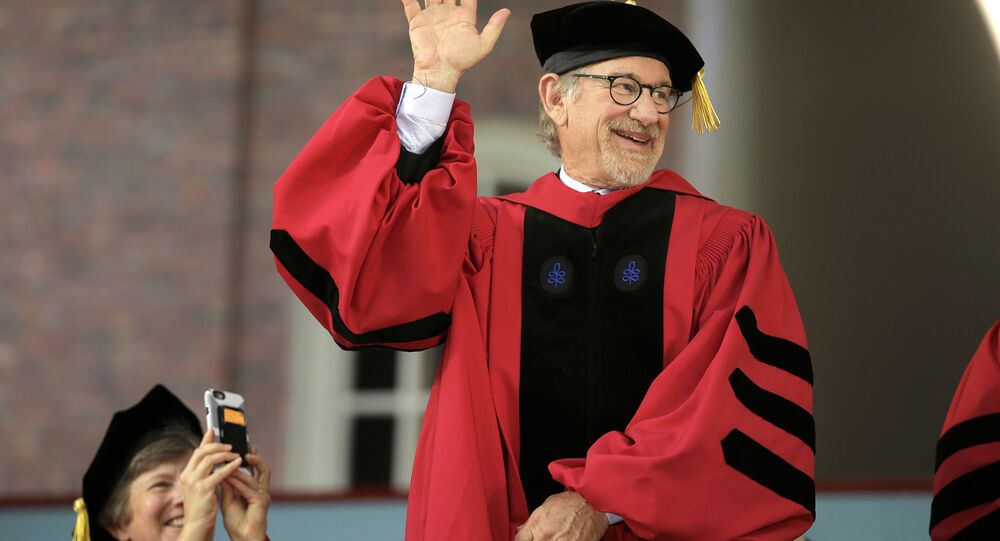 Apple is venturing into the world of television as it nears an acquisition of Steven Spielberg’s “Amazing Stories,” a fantasy, horror and science fiction anthology series that ran on NBC in the US from 1985 to 1987.

The tech giant, which reportedly set aside $1 billion for original programming over the next year to compete with the likes of Netflix and Amazon, has not yet commented on its television project. However, NBCUniversal, co-owner of the property, recently confirmed that an agreement is just around the corner.

© Photo : Pixabay
Apple Co-Founder Steve Wozniak: We Should Be Friends With Thinking Machines

Spielberg is one of the most influential people in the history of film and the mastermind behind some of most watched films in Hollywood, including "Jaws," "Jurassic Park," "E.T. the Extra-Terrestrial," "Raiders of the Lost Ark" and "Schindler's List."

Spielberg is expected to be the executive producer of the new version of "Amazing Stories," and television writer and producer Bryan Fuller, co-creator of "Star Trek: Discovery" on CBS's streaming service, will oversee the series.

"It's wonderful to be reunited with our colleagues Zach and Jamie in their new capacity at Apple," NBC's Entertainment President Jennifer Salke said.

"We love being at the forefront of Apple's investment in scripted programming and can't think of a better property than Spielberg's beloved ‘Amazing Stories' franchise with the genius of Bryan Fuller at the helm and more exciting creative partnerships to come."

Although Apple has developed streamed original TV offerings including "Carpool Karaoke," based on CBS's "The Late Late Show With James Corden," and a competition series called "Planet of the Apps" for Apple TV customers and subscribers to Apple Music, they have not been overwhelmingly successful in the world of online streaming.

However, Apple directors believe that with a series from Spielberg, they could become a real contender.