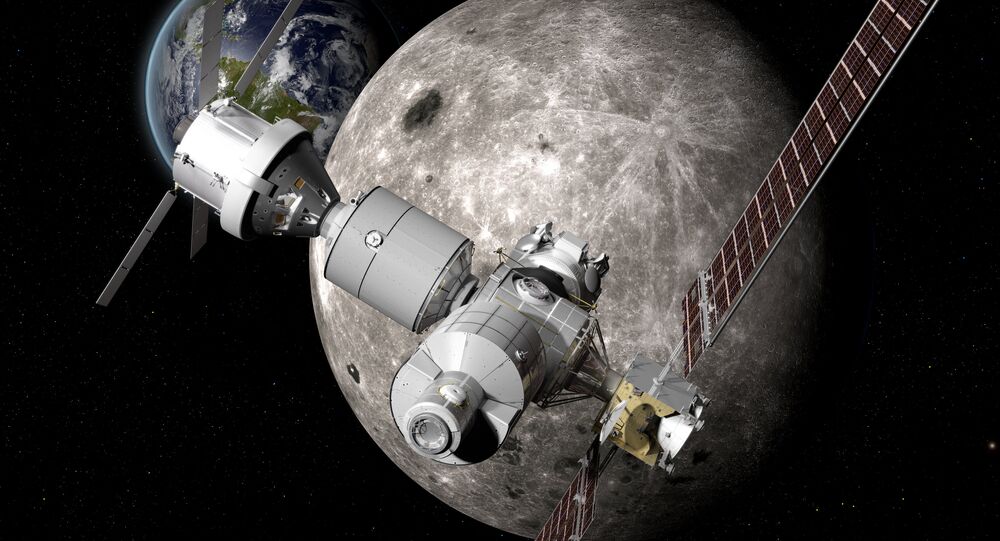 What do you think the first manned station in lunar orbit will look like, now that Moscow and Washington have already clinched a deal on its construction? Speaking to Sputnik, a Russian expert provided insight.

Igor Mitrofanov of the Moscow-based Space Research Institute told Sputnik that the creation of an advanced manned lunar vehicle would add significantly to the project's implementation.

"We believe that this could be an integrated project, which stipulates manned spacecraft operating along with automatic stations on a low near-moon orbit," Mitrofanov said, referring to the planned lunar station, also known as Deep Space Gateway.

© CC0 / NASA / Deep Space Gateway
Rivals on Earth, Friends in Space: Russian-US Lunar Orbital Station Opens New Horizons
At the same time, he noted that a detailed discussion on the architecture of the future lunar station had yet to begin.

Mitrofanov said that this discussion will only be relevant after a sophisticated Russian manned lunar vehicle for transporting astronauts and cosmonauts to near-moon orbit is built.

According to him, the lunar station could consist of a manned unit docked with one or several takeoff-and-landing vehicles which will also be capable of touching down in various spots, conducting research and independently returning to the orbital station.

Mitrofanov said that these vehicles would be maintained and refueled by astronauts and cosmonauts who will prepare scientific equipment for subsequent missions.

He emphasized that despite the creation of more lunar landing vehicles, moon-related studies using robots should not stop.

"I think that strategically, when people learn to fly to the moon, and when there will already be expeditions on the Moon, automatic stations will remain in place," he said, touting these stations as "an urgent help to provide the work of astronauts and cosmonauts."

© CC0
Flying High: International Space Station's Orbit Raised by 1,148 Feet
In late September, head of the Russian space agency Roscosmos Igor Komarov said that Russia and the United States had agreed to create a lunar orbital station called Deep Space Gateway with the support of the BRICS nations. He added that first modules of the station may be completed in 2024-2026.

The plans on the creation of Deep Space Gateway were made public in Spring 2016 when Rocket and Space Corporation Energia reportedly cooperated with NASA on building lunar infrastructure.