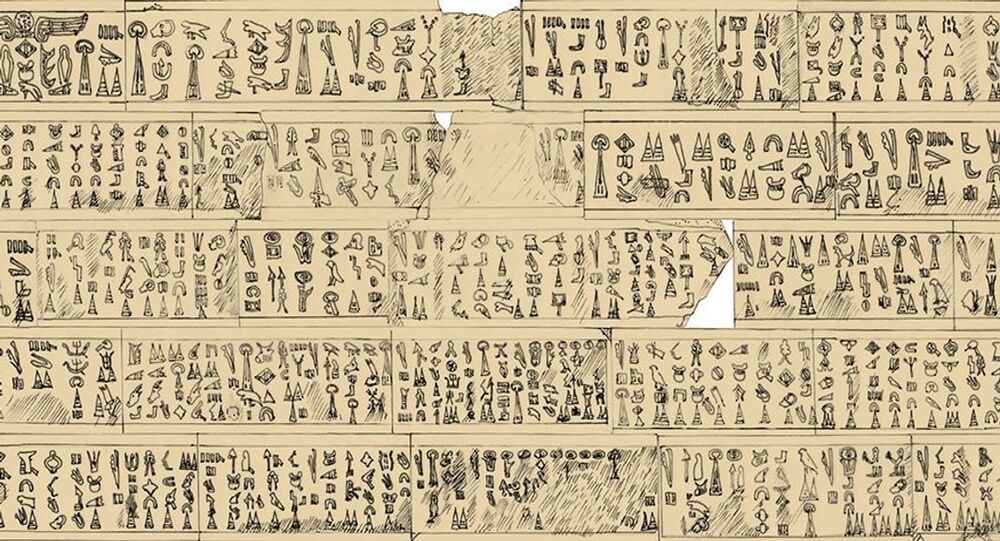 A team of Swiss and Dutch scientists says they have deciphered a 3,200-year-old inscription on a stone which was found in the 19th century in what would become modern-day Turkey, which sheds light on what they call "one of the greatest Mediterranean puzzles," namely, the identity of the mysterious 'Sea People" who ruined Bronze Age civilizations.

The researchers say that the sudden, uncontrollable collapse of the dominant Bronze Age civilizations had long remained a mystery.  They partly attributed it to powerful naval raids. But the identity and origin of the invaders which modern-day scholars call the 'Trojan Sea People' had puzzled them for centuries.

The scientists, who deciphered the inscription, say that it tells how a united fleet of kingdoms from western Asia Minor, also known as Anatolia and Asian Turkey, raided coastal cities on the eastern Mediterranean before and during the fall of the Bronze Age. They believe the script was commissioned in 1190 BC by Kupanta-Kurunta, the king of a late Bronze Age state known as Mira, and describes the rise of the powerful kingdom, which launched a military campaign led by a prince Muksus from Troy.

© Photo : Uppsala University/Annika Larsson
Muslim Vikings? 'Allah' on Ancient Burial Cloth Sparks Diversity Debate
The 29-meter limestone slab, which is believed to be 3,200 years old, was found in 1878. It had the longest known hieroglyphic inscription from the Bronze Age in an ancient language called Luwian, that just no more than 20 scholars can read today.

The stone was instantly used by villagers as building material for the foundation of a mosque. However French archaeologist George Perrot was apparently able to copy the inscription.

This copy was later found in the estate of English prehistorian James Mellaart after his death in 2012. His son then handed it over to Dr. Eberhard Zangger, a Swiss geo-archaeologist and the president of the Luwian Studies foundation, to study. The team of researchers also included Dr. Fred Woudhuizen, an independent Dutch scholar and linguist, who was finally able to translate the inscription.

Dr. Zangger said that the team therefore concluded that "Luwians from western Asia Minor contributed decisively to the so-called Sea Peoples’ invasions — and thus to the end of the Bronze Age in the eastern Mediterranean."

"One of the greatest puzzles of Mediterranean archeology can thus be plausibly solved," the founders stated.

© CC0
Turkish Archaeologists Claim to Solve Mystery of Santa Claus's Burial Place
The team said they are going to publish their findings in December in the journal Proceedings of the Dutch Archaeological and Historical Society.

Some scholars, however, suggest that the inscriptions might be fake, because the slab itself was destroyed in the 19th century and the modern deciphering is based on the copy of the inscription.