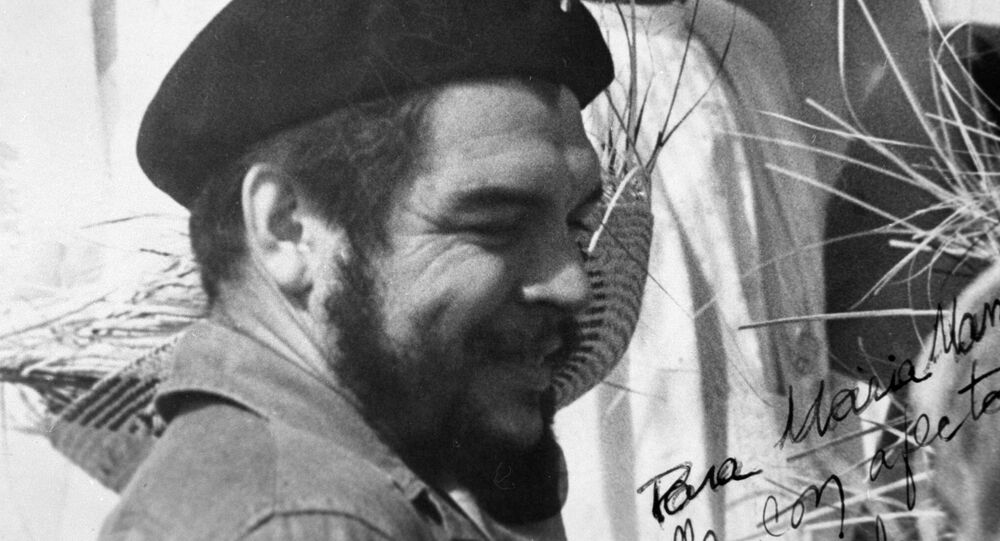 The app, which can be installed on any mobile device which uses Android, features detailed information about the Che Guevara Mausoleum in Santa Clara, a memorial complex which contains the remains of the revolutionary and over two dozen of his fellow guerrillas.

The app includes images of the monument, a map of the complex and a collection of books about the Argentinian-born rebel hero.

KaleydoBit officially unveiled the app on Monday on the occasion of the 50th anniversary of Che's execution in a Bolivian jungle by CIA-backed troops on October 9, 1967.

© AP Photo
Immortalized in Hearts of People 50 Years Ago: The Kind of Man Che Guevara Was
Developers now plan to include more detailed information about the Mausoleo del Frente de Las Villas, a photo gallery, statistics on the number of visitors, and links to a virtual excursion of the complex.

KaleydoBit is known in Cuba for the development of politics-related apps. Its previous work includes a program dedicated to last year's VII Congress of Cuba's Communist Party, as well as 'Por 90', an app dedicated to the birthday of Cuban revolutionary leader Fidel Castro, who passed away late last year.

Che Guevara played a key role in the Cuban Revolution of 1953-1959 led by Raul and Fidel Castro. In 1999, Time Magazine named him as one of the most important people of the 20th century. Che left the Caribbean island in 1965 to assist with leftist militant movements in the Congo and Bolivia. There he was captured and executed, at the age of 39.