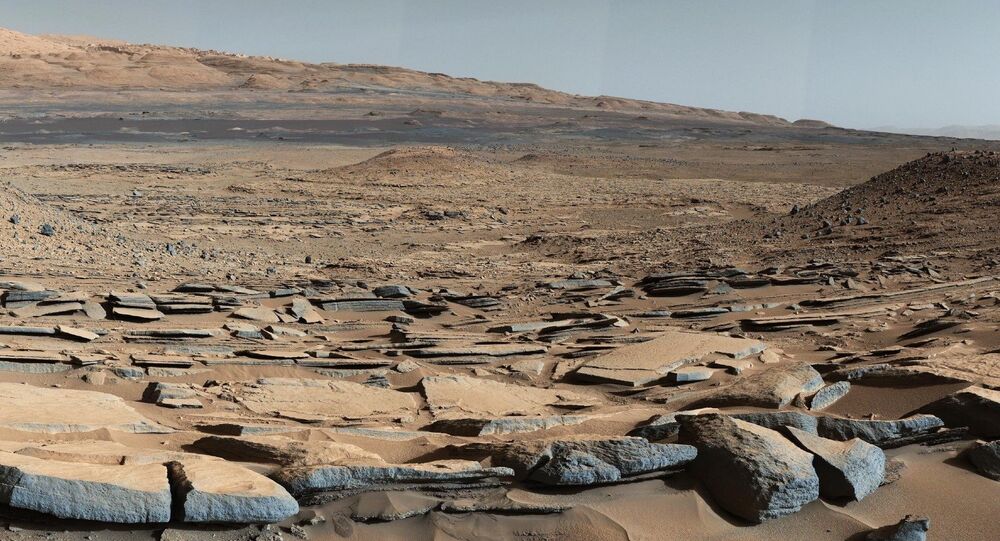 Exploring the Red Planet: Mars Sheds Light on the Origin of Life

Humanity has made yet another step toward unraveling the mystery of the origin of life on Earth, and Mars has provided us with some interesting clues.

A recent international report examining the observations made by NASA's Mars Reconnaissance Orbiter (MRO) found evidence of an ancient sea-floor hydrothermal deposit on Mars. This deposit may in turn offer clues about the origin of life here on Earth.

The authors of the report see the data as evidence that these hydrothermal deposits were formed by heated water from a volcanically active part of the planet's crust, through the bottom  of a large sea, many years ago.

"Even if we never find evidence that there's been life on Mars, this site can tell us about the type of environment where life may have begun on Earth," according to Paul Niles of NASA's Johnson Space Center, Houston, as reported on NASA’s official website.

According to the scientist these processes probably occurred on the Red Planet approximately 3.7 billion years ago, around the same period considered as the beginning of the birth of life on Earth.

The report also talks about the ancient Eridania Sea, which held about 50,000 cubic miles of water, equivalent to all the other lakes and seas on ancient Mars combined and about nine times greater than the combined volume of all of North America's Great Lakes.

“The mix of minerals found from the spectrometer data, including serpentine, talc and carbonate, and the shape and texture of the thick bedrock layers, led to identifying possible seafloor hydrothermal deposits,” NASA reported.

The evidence provided in the new report diversifies our understanding of the different types of wet environments that have existed on Mars, including rivers, lakes, deltas, seas, hot springs, groundwater and volcanic eruptions.

Russia to Continue Cooperation with Europe on Mars Exploration - Putin