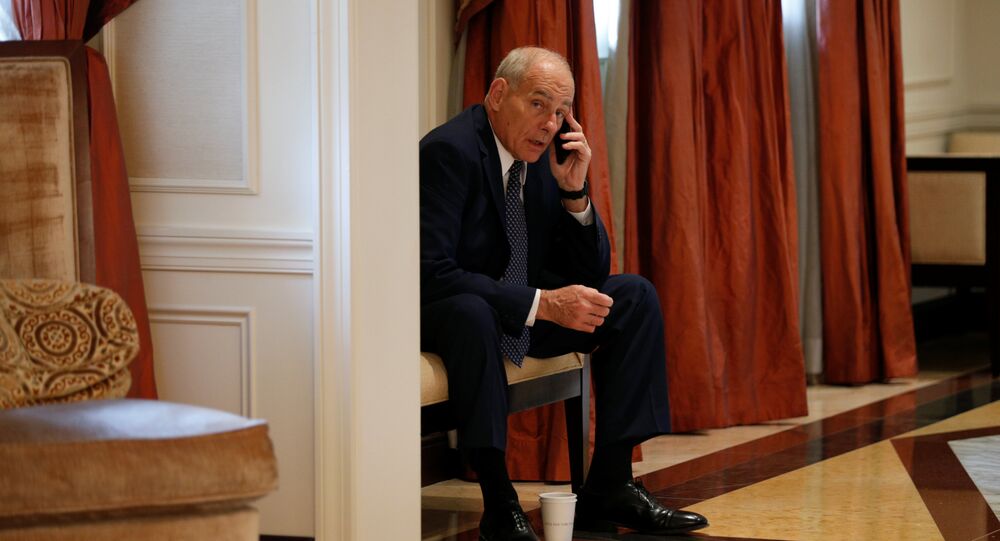 John Kelly, White House chief of staff, was apparently using a compromised phone without being aware of it for months.

According to a Thursday Politico report, the breach was discovered after the 67-year-old Bostonian, fed up with the phone's inability to update its operating system or even function properly (a struggle we can all relate to), handed the device to the White House's tech support department over the summer.

Kelly told the tech gurus that the issue had been going on for several months.

© CC0
A Hacker's Dream: The Down Side of Your Brain Being Connected to the Internet
After spending several days poking and prodding the phone, staffers concluded the phone had indeed been hacked and informed the official that it should no longer be used.

Though technicians are still unsure when Kelly's phone was initially infected, a September White House memo on the hack confirmed that the former military official had since replaced his personal phone.

Speaking to Politico, White House officials confirmed that Kelly had not really used the personal phone since joining the Trump team, adding that he relied on his government-issued phone for official business.

Per the outlet, several staff members are concerned that data could have been released to the hackers when Kelly was serving as the secretary of Homeland Security from January to July 2017. Officials speculate the phone might have been hacked as far back as December 2016.

This is not the first time security concerns have been raised within the Trump administration. Several White House advisers, including Jared Kushner, have reportedly used their personal email to handle White House matters.

John Kelly – Will He Bring Order and Push the President's Agenda?