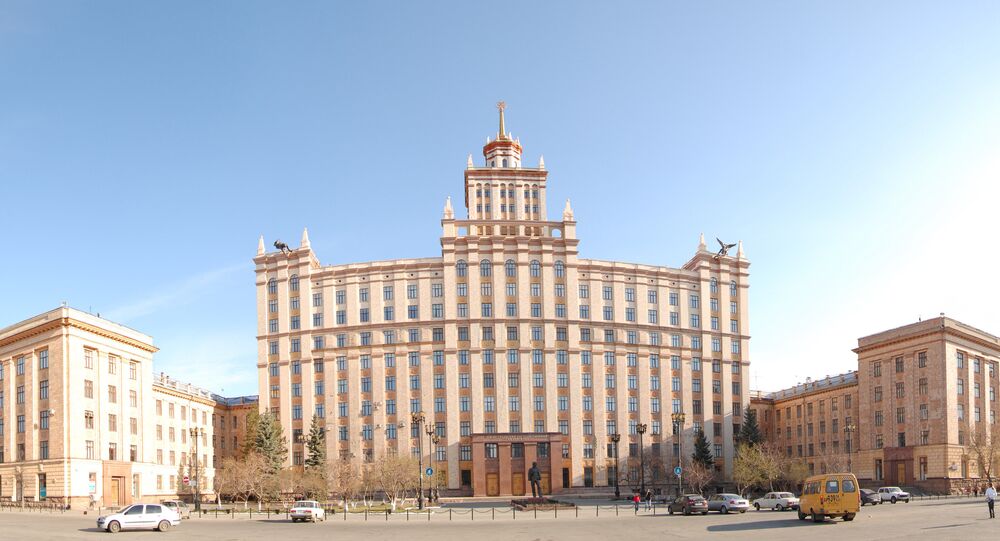 The modern requirements of Industry 4.0 can only be satisfied through innovative intelligent systems. Scientists from the South Ural State University are “at the cutting edge” of this new global trend.

Development of latest pressure sensor construction with self-validating function is currently underway at the University for a number of strategic industries including nuclear, aerospace and petrochemical, amongst others, in cooperation with the University of Oxford and the world’s industrial giants.

The "intelligent sensor" concept is more frequently used for defining new generation sensors which use modern computational possibilities and more complex algorithms of data processing, allowing for improved functional characteristics. An intelligent sensor is a device which possesses a metrological self-validating function.

For seven years, Oleg Bushuev has been conducting research in the field of "intelligent sensors" in collaboration with Oxford University professor – Manus Patrick Henry. Doctor Henry is the world’s leading specialist in the field of processing of signals, computational equipment, and self-diagnostics.

© Photo : SUSU / Oleg Igoshin
South Ural State University
The task of creating the intelligent sensor is complicated by the fact that a sensor can only be considered intelligent if it has certain algorithms for automated self-validation and current error checking. If the South Ural scientists manage to implement this functionality in a device, a very important problem (and a real economic problem) –increasing the calibration interval — will become possible to solve. Some devices can’t be calibrated without disassembling them, therefore ideally the intelligent sensor itself should set an algorithm that reports whether a device is operable or not.

"This conception in systematic form was consistently described in proceedings of staff of Oxford University in the early 90s," continues Oleg Yuryevich.

"Professor Manus Henry is the author of a concept which in Western literature is called 'Self-validation' or 'Self-Validating Sensor' (SEVA Sensor); in Russian, it means self-verifying or self-validating sensor. The idea is, it checks if a sensor has lost its functionality from the perspective of metrology. An intelligent sensor should be able to "say" what is wrong with it before any problem occurs."

It is quite hard to implement in practice, as there are too many devices, as well as implementation variants. Doctor Henry’s idea is about determining the possible reasons of the malfunctioning and sources of the error, for example, of a Coriolis flowmeter. He proposes a new, improved construction which would avoid such defects. The research will let the sensor perform error-free if there is the vibration of a pipe, and also provide a long service life and make the flowmeter simple to use. Besides, this device will measure mass flow very accurately. The idea of improving devices goes along with the idea of self-validating, and so this is the same task just formulated differently.

© Sputnik / Igor Onuchin
Russian Scientists Create New Radio Sensor to Help Drones Fly Lower and Safer
"At SUSU, scientists are working on improving the domestic Coriolis flowmeters independently from Oxford. We are performing some of the tasks in order to create intelligent sensors. This process consists of many steps: before working with the completed device we must check a lot of hypotheses, for example, which characteristics of the technologic process influence the signal’s parameters, or which signals we can use for our purposes. This requires different types of experiments," says Oleg Bushuev.

Scientists of South Ural State University are conducting research in the field of pressure sensors. They created a new construction technique which has the self-validating function; it means that inside of an ordinary pressure transducer the possibility to excitation of this construction with test signals — with the use of ultrasound – is stipulated. The characteristics of these signals are assessed by different mathematical methods, one of them is the method proposed by Doctor Manus Henry and called PRISM.

"Our idea is connected with creating an intelligent pressure sensor and using the PRISM method (as one possible option) for signals processing," says Oleg Bushuev. "The task is interesting for Manus Henry because our pressure sensor's signals are short-time which complicates the process of their parameters’ assessment. Doctor Henry had to modify his method so that it could become applicable to our signals; that was the main difficulty, but we overcame it."

Results of the collaborative work of South Ural scientists and scientists from the University of Oxford were presented at the 26th International Symposium on Industrial Electronics (ISIE) IEEE Conference in Edinburgh and are soon going to be published in the prestigious scientific journal Industrial Electronics Magazine. Besides, Manus Henry is the Head of the SUSU International Laboratory for Self-Monitoring and Self-Validating sensors and Systems, which allows us counting on further successful cooperation between Oxford University and SUSU.