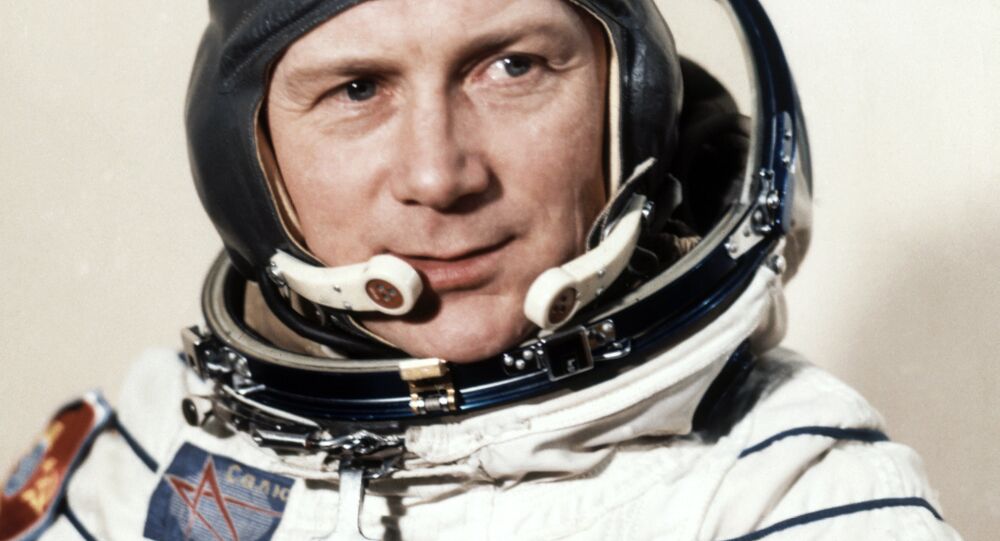 German Cosmonaut Sigmund Jahn on Sputnik-1's Orbit: 'We Must Protect Our Planet'

On October 4, 1957, the Soviet Union launched Earth's first artificial satellite, Sputnik-1. Speaking to Sputnik Deutschland, veteran cosmonaut Sigmund Jahn, the first German to fly to space, stressed that contemporary cosmonautics' chief goal must be to protect our one and only planet.

On August 26, 1978, Jahn flew into space together with Soviet cosmonaut Valery Bykovsky onboard the Soyuz 31, spending over a week in orbit aboard the Salyut 6 space station conducting experiments in biology, geophysics, materials science, medicine and remote sensing.

On April 12, together with Soviet cosmonaut Alexei Eliseev and German astronaut Thomas Reiter, Jahn helped to open an exhibition in honor of the first manned space flight. The cosmonaut gave Sputnik Deutschland's Tilo Graser a brief interview on the occasion, and the agency published it this week. Sputnik presents the interview in full.

Mr. Jahn, 56 years ago, in the face of Yuri Gagarin, humanity flew into space for the first time. As Germany's first cosmonaut, how would you summarize the state of cosmonautics today?

He definitely opened the way for us. There have been many successes. However, I also believe that if we continue in this way to pull the earth from under our feet or shoot at one another, nothing good will come of it for us in the future. After all, the goal of cosmonautics is to understand that the foolishness or crimes we commit on our small planet cannot go endlessly unpunished. And I would very much like to see cosmonautics develop in this direction. That would be my wish.

Sometimes you hear people say that supposedly we will fly to Mars, as if this will happen the day after tomorrow or even in ten years. But to do so, we will first have to build a launch pad up there – in space, so that we will be able to come back. And this goal has not yet been set. Yes, this is all premature now. The most important thing today is to protect the Earth.

© Photo : Roskosmos
Dawn of the Space Age: Story of Sputnik-1, Earth's First Artificial Satellite (PHOTOS)
20 years ago, you told me in an interview that the data from your 1978 flight had still not been fully analyzed, and called manned space flight a cultural and philosophical task for humanity. Have these data been studied since?

Yes, of course. And a great deal of other, better data has been added. For example, I have great respect for what Alexander Gerst [a German astronaut who conducted work aboard the International Space Station in 2014] has done. Of course, he had more modern technology and more time than I did. If we were to really come to rely on the results of our research, and began to clean up our environment, or at least avoided damaging it further, then everything we have done will have proved useful. Sometimes I think that for the rich it is no longer just a fantasy when they say that it will soon be possible to take a walk in space for one or ten million dollars. But who is this supposed to be for?

Asked what message he would like to give Germany's first potential woman astronaut, expected to be sent to space in a private mission sometime before 2020, Jahn said: