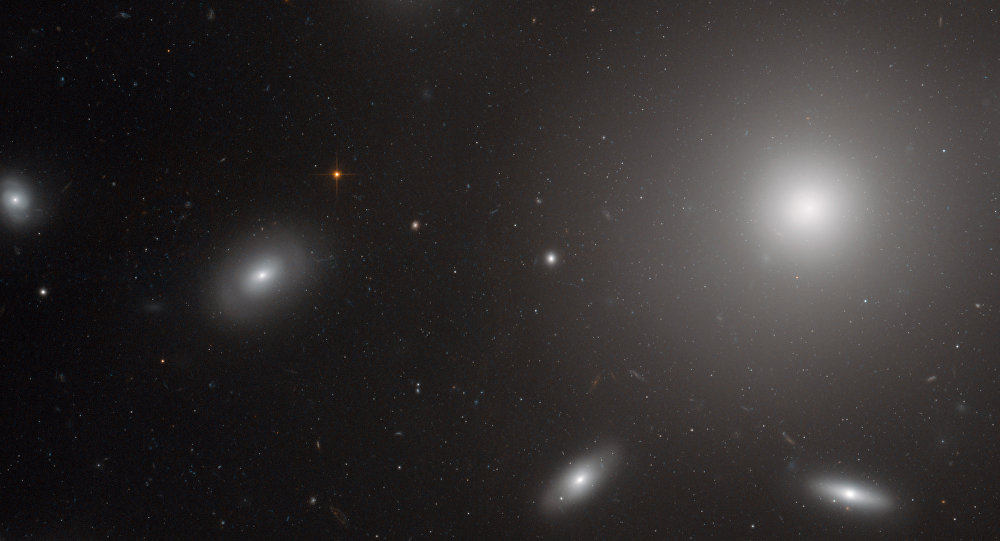 A large galaxy that is extremely dense with star clusters due to its powerful gravity has been imaged in incredible detail by NASA’s Hubble Telescope.

The galaxy in question is NGC 4874 at the center of the Coma Galaxy Cluster, approximately 350 million light years away. The galaxy is 10 times the size of the Milky Way and has an outrageously powerful gravitational pull, so much so that it has attracted 30,000 globular clusters of stars, so named because of their globe-like shape, into its orbit.

Globular clusters are densely packed spherical collections of stars that usually form at the centers of galaxies. Each one contains about a million stars in the space of 100 light-years. Comparatively, astronomers estimated that there are fewer than 200 of these clusters in the Milky Way Galaxy. The record-holding Messier 87 (M87), a supermassive galaxy estimated to be 200 times as large as the Milky Way, used to hold the record for most globular clusters at 13,000. 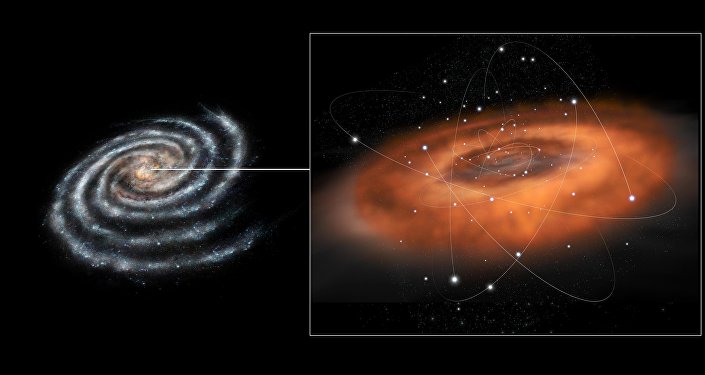 But NGC 4874 blows M87 out of the water. So powerful is its gravitational pull that even a few dwarf galaxies have been spotted orbiting it. NASA believes that these dwarf galaxies were torn apart by NGC 4874 and other Coma Cluster galaxies, turning them into puny (by galactic standards) shells of their former selves only about 200 light-years across.

The galaxy was imaged by NASA/ESA Hubble Space Telescope, and while the shot also images several other galaxies, NGC 4874 outshines them all. The galaxy's brightness is such that it appears as a single monstrous star in the photo.

Rosanne di Stefano, an astronomer with the Harvard-Smithsonian Center for Astronomy, recently argued that globular clusters may be "the first place in which intelligent life is identified in our galaxy."

After all, each star can have planets orbiting it, and each of those planets has a shot at being habitable, and each habitable planet has a shot at actually having life form on it — and there are a million stars in a single globular cluster.

Most importantly, these stars are extremely close together, which means a message bound for one of them would have an easy time reaching the others. "We call it the 'globular cluster opportunity,'" said Di Stefano during the American Astronomical Society summit in January 2016. "Sending a broadcast between the stars wouldn't take any longer than a letter from the US to Europe in the 18th century."