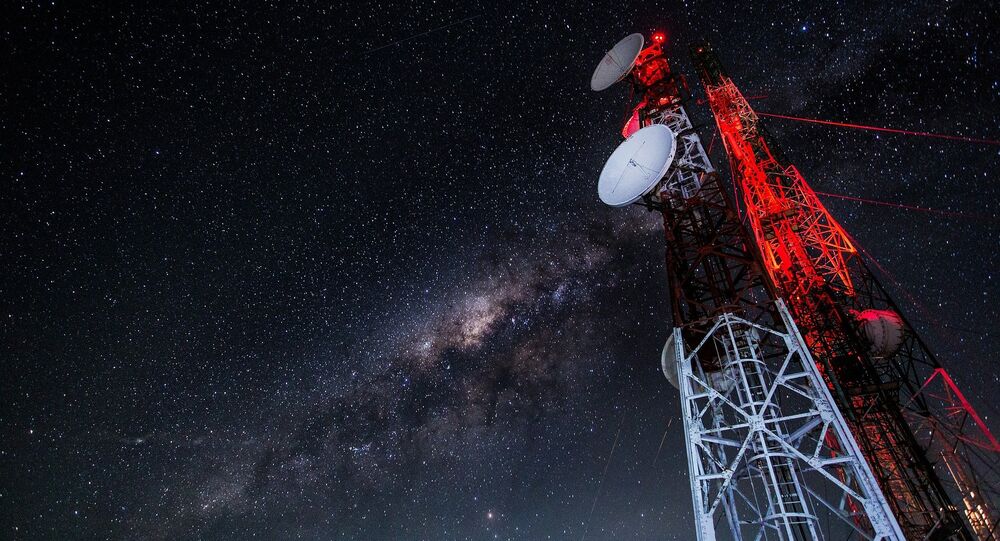 For 10 years, scientists have been baffled by mysterious fast radio bursts coming out from deep space, but with the help of IceCube, the world's most sensitive neutrino telescope, they might finally get some overdue answers.

Fast radio bursts, also known as FRBs, have long since been dubbed "alien signals" by some, but according to astronomers, E.T. likely isn't sending the people of Earth a coded message.

© NASA . CXC/CEA/T
ET on the Line? Mysterious Radio Signals From Distant Galaxy Stump Astronomers
No one knows what they really are or where they actually come from, but the strange signals were first discovered in 2007 by scientists reviewing radio observation data from Australia's Parkes Observatory collected in 2001.

"It's a new class of astronomical events," Justin Vandenbroucke, a physicist from the University of Wisconsin, who is calling on IceCube to offer concrete answers, said in a statement. "We know very little about FRBs in general."

For Vandenbroucke, the goal is to use IceCube to see if high-energy neutrinos are generated coincident with FRBs. If so, the lab coats would then have a lead on what's generating the phenomena and even the physics of the environment it's created from.

Supported by the National Science Foundation, the IceCube, situated at the South Pole, is a neutrino detector that's composed of 5,160 optical modules. Considering how fleeting neutrinos are — just lasting a few milliseconds — the IceCube is designed to record the movements of the "nearly massless particles generated, presumably, by dense, violent objects," the Wisconsin-Madison reported.

According to the officials the "violent objects" causing the signals could be triggered by supermassive black holes, galaxy clusters or even energetic cores from star-forming galaxies.

Since embarking on their study, Vandenbroucke and his team have examined nearly 30 FRBs, including 17 signals from the FRB 121102, which is the only FRB known to repeat, in a galaxy some 3 billion lights-years away.

"We can say that the amount of energy emitted by each burst as neutrinos is less than a certain amount, which can then be compared to predictions from individual theories," Vandenbroucke said in a release. "As the number of bursts is expected to grow dramatically in the next couple years, these constraints will become even stronger — or we will make a detection."

And yet, while the team's findings, published in the Astrophysical Journal Letters, haven't been as fruitful as participants had hoped, there is some light at the end of the tunnel.

"We've ruled out gamma-ray bursts and we've strongly constrained the possibility of black holes," Vandenbroucke said. "[But] there could be even more exotic physics going on."