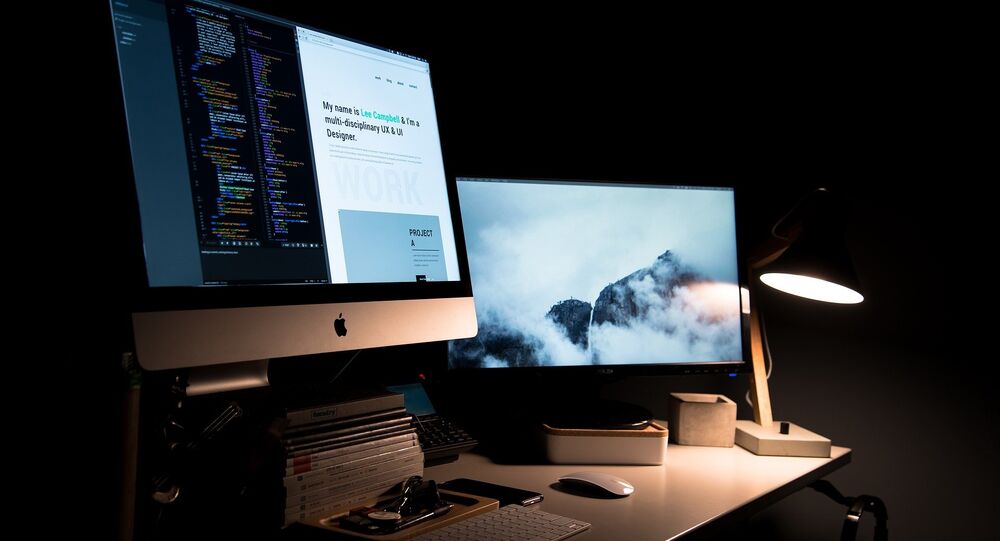 The newly-discovered way by a team of Australian researchers of storing light-based information as sound on a computer chip can potentially allow shifting electronic computers to light-based ones. This would ensure a quantum leap in the speed of computer data transfer, Birgit Stiller, research fellow at the University of Sydney, told Sputnik.

Light-based computers are faster devices where data can move at the speed of light.

Tech giants, as IBM and Intel are currently trying to develop light-based computing, but they are still far from achieving their goal.

“With this special chip we can guide light and sound waves at the same time and we use this physical effect to make sound waves and light waves interact with each other and we are now able to harness this effect,” said Dr. Stiller, who supervises the whole project.

“We got some initial results about three years ago. We had to preserve the properties of light, including the frequency which corresponds to the color of light,” she explained.

Light-based or photonic computers have the potential to run at 20 or more times faster than the average laptop. Even better, won't produce heat or suck up energy like existing devices because they would process data in the form of photons instead of electrons.

© CC BY 3.0 / Erik Lucero / Photograph of a quantum machine
Scientists Develop New Chip That May Help Usher in the Age of Quantum Computers
They will be able to transfer information from a light wave to a sound wave and back again.

When asked what makes their discovery so unique for humans, Dr. Stiller said that a light-based computer can be imagined as different processors connected by photonic wires, while the processor itself will remain electronic.

“Our method will connect certain elements of a computer through light wires. This is important because electronic wires do not offer the speed light wires do,” Stiller said.

She added that right now their group was at a research stage and that it would take some time before they have a working prototype.

© Photo : D-Wave Systems, Inc.
Groundbreaking Study Takes First Big Step Towards Mass-Market Quantum Computers
When queried if their invention could be used in cloud computing and what opportunities if offers in this particular regard, she said that when doing Google search one needs to get information  as soon as possible and this is what will make data transmission through light wires absolutely indispensable.