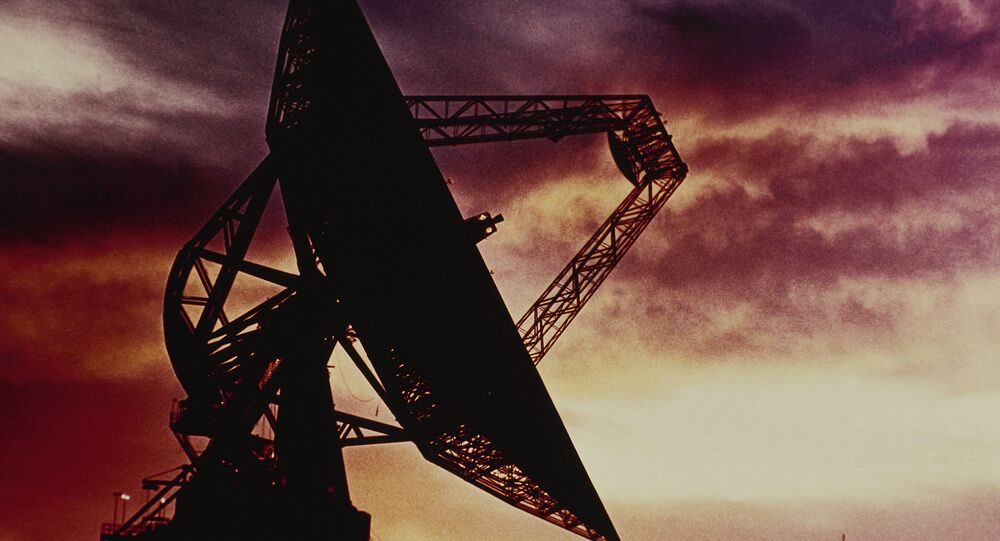 A group of scientists intends to send another signal to outer space in order to reach extraterrestrial life, but some fear it might effectively end life on Earth.

Everyone likes mysteries of space, right? UFOs, crop circles and other mysteries fascinate a lot of people, and scientists are no exclusion. Those who decided to dedicate their work to search for signs of extraterrestrial life form an international network called the Search for Extra-Terrestrial Intelligence (SETI). These are the people who sit in laboratories of huge radio telescope installations and analyze radio frequencies that come from outer space. Unfortunately, outer space has been quiet so far.

© REUTERS / P. Ravikumar
India, Japan Set to Boost Space Cooperation
Such poor progress has led to emergence of a splinter faction within SETI who believe Earth should proactively send messages to aliens. They believe that powerful earth radio telescopes could be used to transmit a radio signal that would draw aliens' attention towards Earth.

The faction that calls itself Messaging for Extra-Terrestrial Intelligence (or METI), has announced they are going to transmit such a signal in 2018.

According to Douglas Vakoch, the president of the group it is far too late for Earth to try and conceal itself in the universe.

Those who have watched the movie "Contact" might be already familiar with the concept of sending radio signals into space. However, while the Adolf Hitler 1936 broadcast depicted in the movie was way too weak, there were other attempts, one of them being the 1974 transmission that used 1 Megawatt of power and targeted star cluster Messier 13, which is more than 20,000 light-years away. Of course, radio signals also travel at the speed of light, so the 1974 signal will still take 20,000 years to reach its target.

"The risk of sending such a complex message that tries to cover everything is that you might end up communicating nothing. Pictures and numbers get intertwined, making it hard to know where one stops and the other begins. The attempt to be encyclopedic may get in the way of communicating the essentials. At METI, we're doing just the opposite. For our first messages, we are emphasizing the essentials of math and physics needed to understand radio waves, because that's something that we and the extraterrestrials have in common — the radio signals we use to communicate with," Mr. Vakoch told Sputnik.

"With a little basic arithmetic and trigonometry, we start describing radio waves, introducing notions like time and frequency through signals that vary from one another along these same variables," he added.

According to Vakoch, aliens might have vastly different language and even have troubles deciphering images that would otherwise be perfectly clear to any of us. In particular, aliens might fail to realize how to transcript earthly flat images into true three-dimensional space. However, if there is something constant in the Universe, it's math and physics.

However, there are a number of scientists who say sending such a signal would be a tremendously dangerous thing to do.

In the words of CNET, "if the aliens happen to be friendly, no problem. But if they're hostile, that means we're essentially sending out a beacon that says "ATTACK HERE."

Mr. Vakoch explained that humans need to decide how they want to represent themselves.

"Extraterrestrials may be waiting for a clear indication from us that we're ready to start talking. As we search for a universal language, we can be sure that extraterrestrials won't be native speakers of English, Russian, or Mandarin."

He believes that one thing humans will have in common with any extraterrestrials is technology.

"Good engineers need to know something as fundamental as 2+2 = 4, whether they live on Earth or on a planet circling Proxima Centauri. So we will begin our interstellar messages with basic mathematical and scientific principles, and then move on to more complex ideas. The beauty of starting with math and science is that it provides us with a foundation to describe much more than simply how the universe works."

When it begins its transmissions, METI will target nearby stars, with a preference for those known to have exoplanets within the habitable zone.

"But we're not restricting ourselves to stars with known planets. We can expect to find additional planets in orbit around even relatively nearby stars in the coming years, as exoplanet hunters continue their research. By targeting nearby stars, we reduce the time it would take for a round trip exchange. If we're lucky, a back-and-forth exchange could occur in a human lifetime. If we're not, it could take centuries or millennia," Mr. Vakoch told Sputnik.

Professor Stephen Hawking has his doubts, having previously said if aliens discovered Earth they are likely to want to conquer and colonize the planet. He said: "If aliens visit us, the outcome could be much like when Columbus landed in American, which didn't tour out well for the Native Americans."