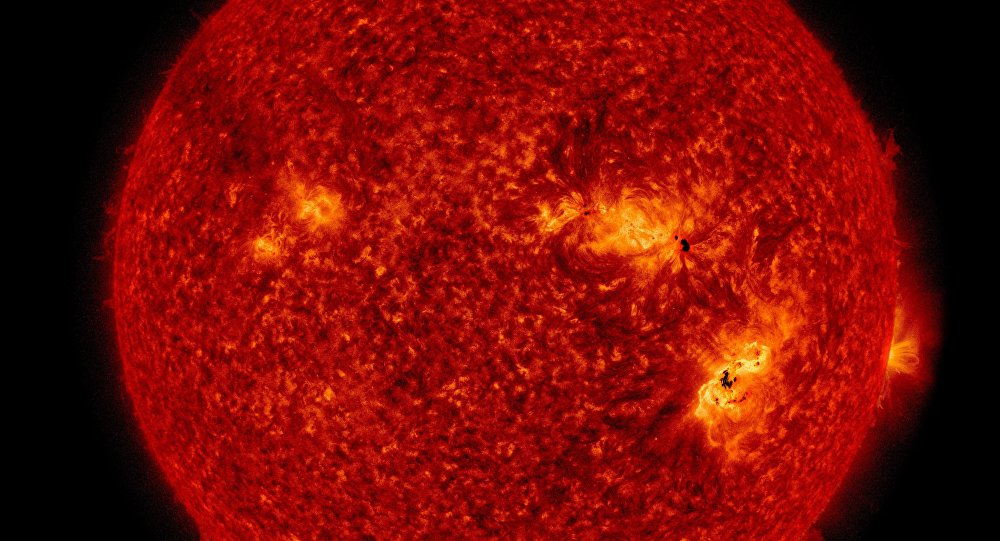 Solar Enigma: Sun Displays Record High Activity When It Should Be at Its Lowest

The sun has exhibited strangely high levels of solar flare activity over the last few days as it reaches its solar minimum, the period in which the sun’s flare activity should be at its lowest.

NASA's Solar Dynamics Observatory has noticed flare after powerful flare in the last week, including one on September 6 that was the most massive solar flare in over a decade. In total, seven flares have been spotted in the last week, two of which were nearly as impressive as the record-setter.

The Sun emitted many sizable solar flares Sept. 4-8, including the strongest since at least 2008. Watch & read more: https://t.co/UMs3kDbLx2 pic.twitter.com/3ZPH2sjiZ0

"The X9.3 flare was the largest flare so far in the current solar cycle, the approximately 11-year-cycle during which the sun's activity waxes and wanes," a NASA statement reads.

Yesterday's strong solar flare (X8.2) is visible on the right in this animation from our Solar Dynamics Observatory https://t.co/UMs3kDbLx2 pic.twitter.com/uBs2b8D8FS

The sun is also on a 11-year cycle where solar activity slowly increases and then decreases. The nadir of the cycle, when sunspot activity is at its lowest, is known as the solar minimum. The most recent cycle began in 2008 and will last until 2019.

"The current solar cycle began in December 2008, and is now decreasing in intensity and heading toward solar minimum. This is a phase when such eruptions on the sun are increasingly rare, but history has shown that they can nonetheless be intense," continued the NASA statement.

Despite the solar minimum being in sight, the sun has been more active in the past couple weeks than it has been in a very long time. The September 6 flare was by far the largest of the solar cycle — the equivalent of a blizzard in the dog days of summer.

The September 6 sunspots disrupted high-frequency radio signals on Earth for over one hour on the side of our planet that was facing the sun during the emission. Solar storms, which can emit billions of megatons of energy, could conceivably cause enormous damage to Earth if our planet's magnetic field interacts heavily with it as they can knock out electrical systems and cause blackouts worldwide.

Solar storms are also responsible for auroras, which usually only appear near Earth's poles where Earth's magnetic field is strongest.