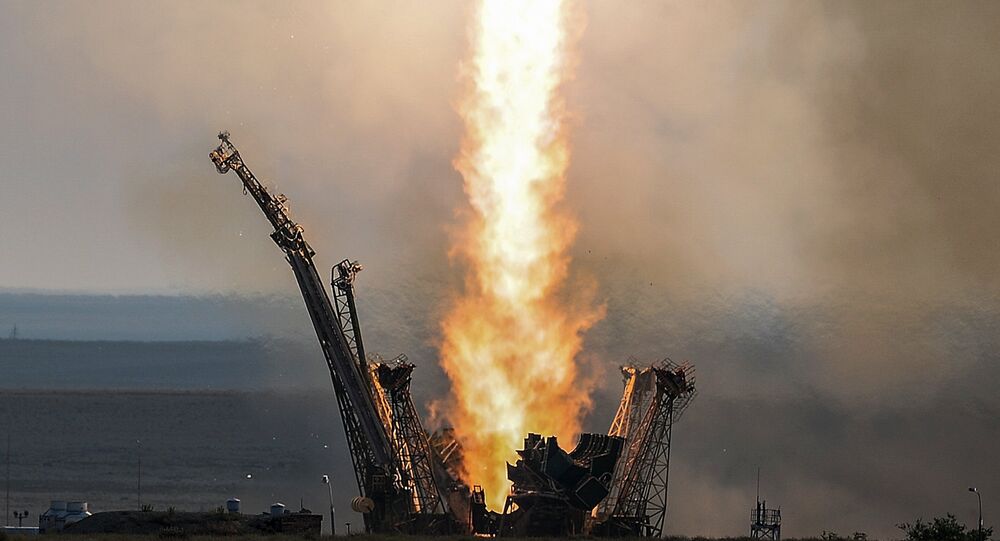 A Russian carrier rocket with Soyuz MS-06 manned spacecraft was launched from the Baikonur Cosmodrome in Kazakhstan to deliver the crew to the International Space Station.

BAIKONUR (Kazakhstan) (Sputnik) — A Russian Soyuz-FG carrier rocket with the Soyuz MS-06 manned spacecraft lifted off on Wednesday from the Baikonur space center in Kazakhstan to deliver the crew of Expedition 53/54 to the International Space Station (ISS), a Sputnik correspondent reported.

The manned spacecraft then separated from the launch vehicle.

The program of the team's mission at the ISS will include over a dozen scientific experiments in medicine, biology, biotechnology and geophysics, which mostly cannot be replicated on the Earth.

A spacewalk, aimed at improving communications in the Russian segment of the ISS, is also part of the program.