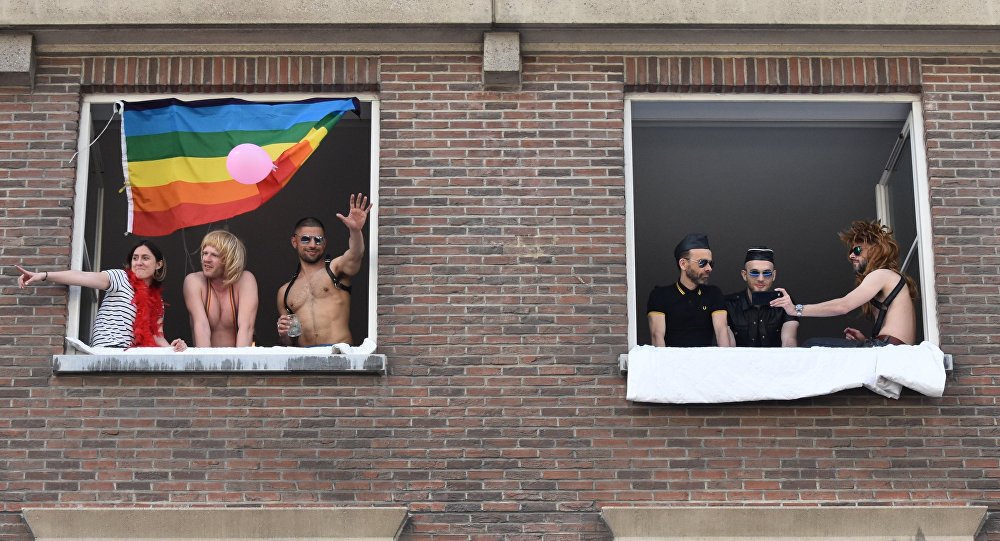 Stanford University scientists have developed a computer algorithm capable of using a photo to predict a person's sexual orientation with up to 91-percent accuracy.

The study, which was conducted by researchers Michal Kosinski and Yilun Wang, analyzed more than 35,000 facial images posted on a US dating website.

© AP Photo / Martin Meissner
Merkel’s Change of Heart Prompts Gay Marriage Vote in Germany
If the AI studied five photographs of a person at once, the percentage of the correct answer increased to 91 in the case of men and to 83 for women.

Kosinski and Wang said in the study that gay men and women typically had "gender-atypical" features, expressions and "grooming styles", something that actually means that the gay men look more feminine that straight men, having narrower jaws, longer noses, and larger foreheads.

In addition, the two scientists said that their study confirms a theory that sexual orientation is something that is influenced by specific hormones before a person's birth.