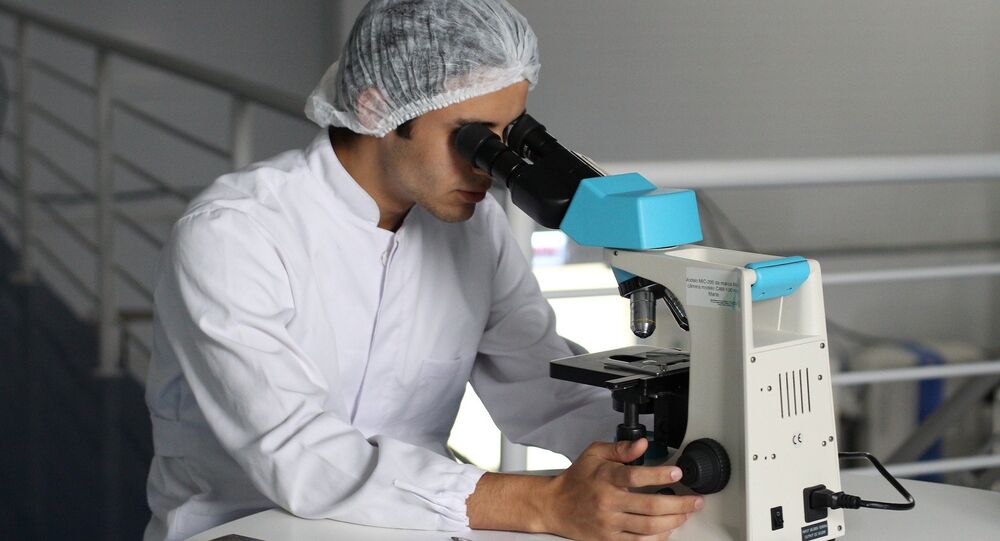 Scientists at the University of Texas have come up with a quick and unique way of helping cancer surgeons know much tissue to remove from a patient.

A handheld device which can identify cancerous tissue in 10 seconds has been created by scientists at the University of Texas.

Tests, published in Science Translational Medicine, suggest the technology is accurate 96 percent of the time.

The inventors of the MasSpec Pen say it could be used during surgery to make sure that all of a tumor has been removed and would avoid the "heartbreak" of leaving cancer in place, where it could potentially start growing again.

​The pen works by dripping water onto tissue and then sucking the droplet back into the device.

It is then inserted into a mass spectrometer, which can measure the mass of thousands of chemicals every second.

The scientists at the University of Texas say they are able to produce a chemical footprint within seconds to confirm whether or not the tissue is cancerous.

Surgeons operating on tumors currently have to make a judgement when trying to delete a tumor.

If they are too cautious they might leave behind cancerous tissue which can grow or metastasize, but if they take away too much they might cause serious damage to the organ, be it a liver, brain or lung.

The MasSpec Pen is the latest attempt to improve the accuracy of surgery.

​The Texas scientists, led by Dr. Jialing Zhang, are not the only team working on such a device.

At Imperial College London they have developed a knife which "smells" cancerous tissue while another team at Harvard are using lasers to analyze brain cancers.

"Exciting research like this has the potential to speed up how quickly doctors can determine if a tumor is cancerous or not and learn about its characteristics," said Dr. Aine McCarthy, from Cancer Research UK.

"Gathering this kind of information quickly during surgery could help doctors match the best treatment options for patients sooner," she added.