Finnish scientists from Aalto University and the University of Helsinki have managed to improve the functioning of the brain using external stimulation, which effectively boosts tactile memory. This may prove vital for the future treatment of brain diseases such as Alzheimer's. 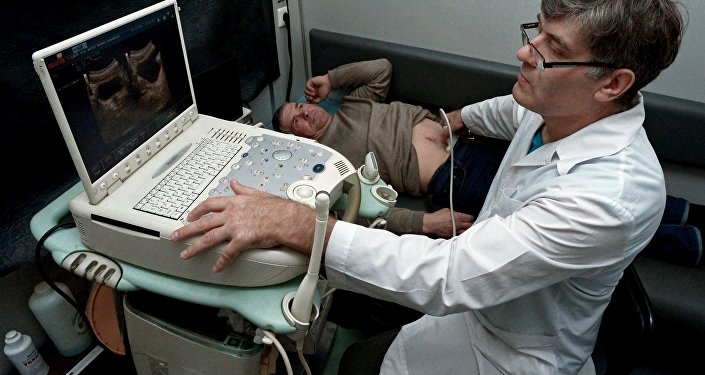 © Sputnik / Vitaliy Ankov
Bowels in Uproar: Gut Bacteria Claimed to Cause Alzheimer's
Neuroscientists have shown that the magnetic stimulation of the prefrontal cortex (anterior part of the frontal lobes) allows a person to better evaluate their effectiveness in performing tasks on tactile memory.

The experiment conducted by the Finnish researchers involved 14 volunteers with a healthy brain. Their brains were scanned with the help of structural and diffusion magnetic resonance images (MRI), which revealed the distribution of neural pathways and their connection to the prefrontal and somatosensory cortex, where tactile signals coming from the sensory organs are processed.

After that, the volunteers were asked to perform various tasks for memorizing sensory information, such as learning to distinguish between various stimuli from characters similar to Braille. During the test, the participants experienced transcranial magnetic stimulation and were given magnetic pulses to prefrontal cortex areas that had a neural pathway connection to the part of the somatosensory cortex representing the index finger.

TMS appeared to enhance their evaluation of their own results, as the subjects were able to more accurately determine the correctness of their responses.

​Metacognition is the ability of people to monitor and control their cognitive processes, such as various types of memory, attention, emotions and decision-making. Its deterioration may be a token of serious neuropsychiatric illnesses, when a person's self-perception fails to correspond with their actual performance level.

"The patient's reduced sense of being ill is familiar from conditions such as Alzheimer's disease, schizophrenia, and traumatic brain injury. Understanding the brain function of healthy test subjects could help in the development of new treatment methods for neuropsychiatric illnesses in the future," Doctoral Candidate Juha Gogulski said.

TMS is a method in which the nerve cells of the brain are activated from outside the skull with the help of a magnetic field. This method is perfectly safe, when used correctly, and is utilized in procedures such as pinpointing the location of the primary motor cortex or the speech area before brain surgery, as well as in the treatment of depression.