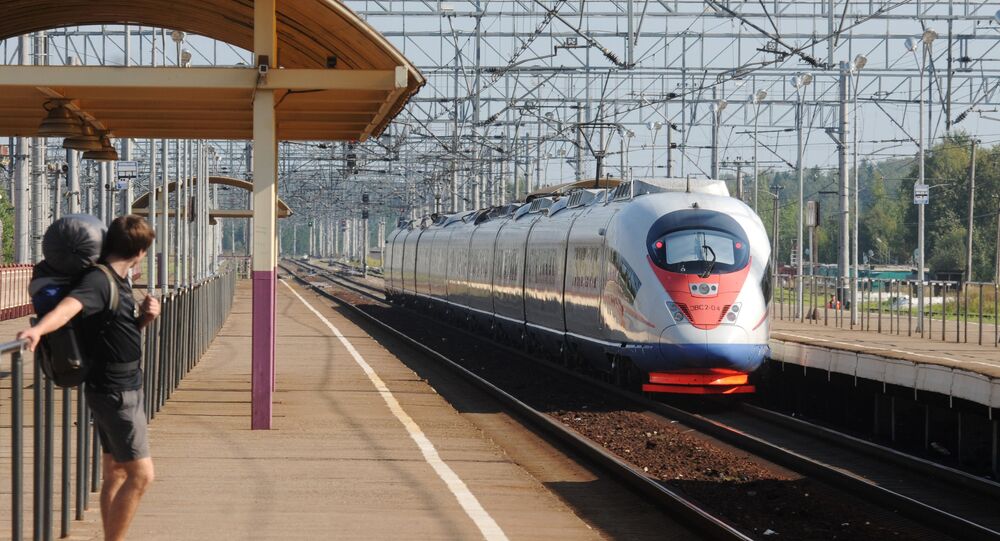 SHCHERBINKA (Moscow region), (Sputnik) — The company, a subsidiary of the Russian Sinara Group, is working with Russian Railways and the government on the production of high-speed trains at the Ural Locomotives firm, a joint venture of Sinara Group and Germany’s Siemens.

"Our [production] capacity allows ensuring the production of high-speed trains within the framework of the initiatives currently being implemented by Russian Railways — I mean the route 'Eurasia'," he said at the panel discussion on the sidelines of the 6th International Fair of railway equipment and technology EXPO 1520.

​The new freight route is the first in a series of prospective projects being actively considered by European and Asian economies for trans-Eurasian travel and carriage using Russia in their routes.

© Flickr / ivanwalsh
New Silk Road: Beijing's Asymmetric Response to Trump's Crackdown on China
The Eurasia project is supposed to bridge the railway network of the China Railway Corporation with the Euro Carex, a high-speed freight network, currently under construction in Europe. The track will be almost 10,000 kilometers (around 6,200 miles) in length, and speeds on railway are set to reach up to 300 kilometers per hour. The project is scheduled to be finished by 2035.

According to a presentation by the Russian Railways, a major contractor of the project, the transcontinental high-speed railroad project might be co-funded by Russian Direct Investment Fund, China's Silk Road Fund, BRICS' New Development Bank, the Eurasian Development Bank and the Russia-China Investment Fund. It is considered that the total cost of the railroad construction in Russia, China, Kazakhstan and Belarus stands at over $133 billion.