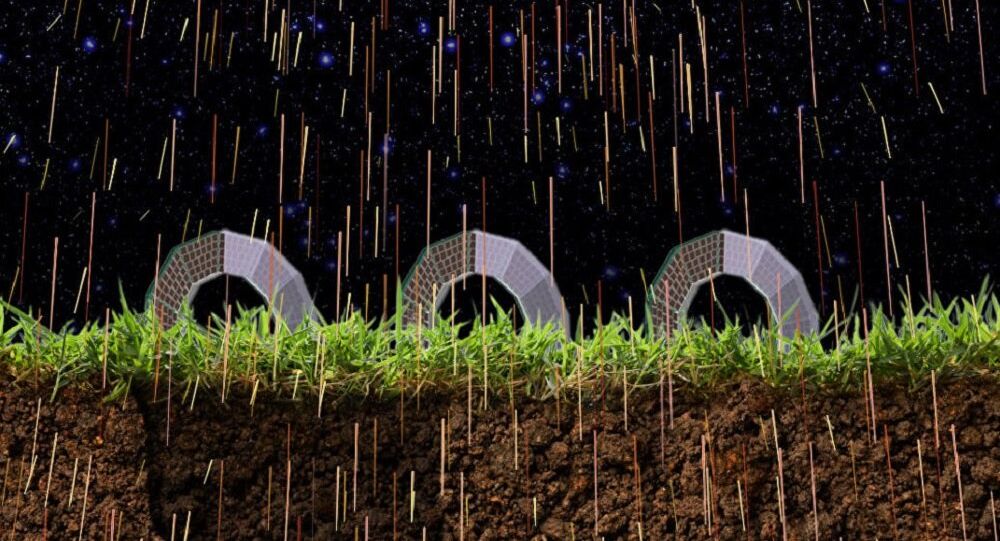 Scientists from three major Russian research institutes have made an important breakthrough in the field of muon tomography, creating tracking devices which allow geologists to 'see through' objects up to thousands of meters in diameter below the earth's surface.

Researchers from Russia's National University of Science & Technology, the Russian Academy of Sciences' Institute of Physics, and Moscow State University's Institute of Nuclear Physics have joined their efforts to create a special tracking device which allows geologists to create accurate 3D maps of the environment deep beneath the planet's surface.

The trackers use a form of muon tomography, the technique using cosmic ray-generated muon particles, to radiograph underground objects and geological structures.

Clarifying how muon tomography works, RIA Novosti explained that as cosmic ray-generated particles find their way into the earth's atmosphere (40 km and below), they collide with molecules which make up the atmosphere. This creates new particles, some of which quickly become muons – unstable subatomic particles with a mean lifetime considerably longer than many other subatomic particles. Able to pass through earth's entire atmosphere in the space of their 'lifetime', muons are also able to penetrate up to 8,500 meters below the water, or 2,000 meters into the earth's surface.

© Photo : National University of Science and Technology MISiS
Trace of a muon on a photographic plate

The denser the matter, the faster the muon particles' presence wanes. With the help of muon tracking detectors, solid objects can be observed to track the passage of muons through its cavities. Three detectors placed around an object are usually sufficient to create a three dimensional map.

© Photo : Pixabay
Dead Red: Scientists Conclude Martian Climate ‘Too Hostile’ to Sustain Life
Muons are detected with the help of a series of photographic plates layered with silver bromide, used to reveal and match the illuminated areas, building a trajectory of the exposure. The smaller the bromide granules and the more accurate the matching algorithms, the more correct the 3D picture of the object.

Now, scientists from the aforementioned Russian institutes, under the guidance of National University of Science & Technology (MISiS) lead researcher Natalia Polukhina, have developed muon tomography trackers which not only to detect muons falling on them, but also determine with a high degree of accuracy the trajectory of their movement.

Speaking to RIA Novosti, MISiS Rector Alevtina Chernikova emphasized that this technology has a broad range of potential applications. "After deciphering the detector's readings, it is possible to compile a three dimensional picture of a variety of objects, from a meter-sized cavity in the soil…to a map of the caves in a mountain," she said.

The new technology has other uses as well, Professor Polukhina said. "It is possible to non-invasively appraise a volcano's vent, the reactor of a nuclear power plant, or a mountain glacier. [The technology can be used] to find new underground sources of natural gas, to catch a fire rising in a mountain used for coal mining long before it burns out from the inside, to predict the eruption of a volcano, or prevent the disastrous consequences of sinkholes in mines or city streets," the scientist noted.

© Photo : National University of Science and Technology MISiS
Tunneling microscope for the analysis of muon tracks

Experiments to confirm the workability of the new muon tracking technology have been held in a mine belonging to the Geological Service of the Russian Academy of Sciences in Obninsk, western Russia. The detectors enabled scientists to 'see' the contours of the underground structure. Now, a suite of these detectors is being produced by Slavich Company, a Yaroslav-based firm specializing in technical photographic materials.

© AP Photo / Liu Xu
Noisy Tourists Distract Chinese Scientists From Their Search for Aliens
"The good thing about our emulsion-based detectors is that they are easy to operate, do not require electricity, and in the case of geological prospecting, allow us to manage a much smaller number of underground holes, all while accurately distinguishing objects between one meter and one kilometer across with a high degree of accuracy," Professor Polukhina said.

MISiS specialists are presently working on software to improve the decoding of the trackers, and on the protection of tracker sensors from the harsh environment which can be found in underground holes.