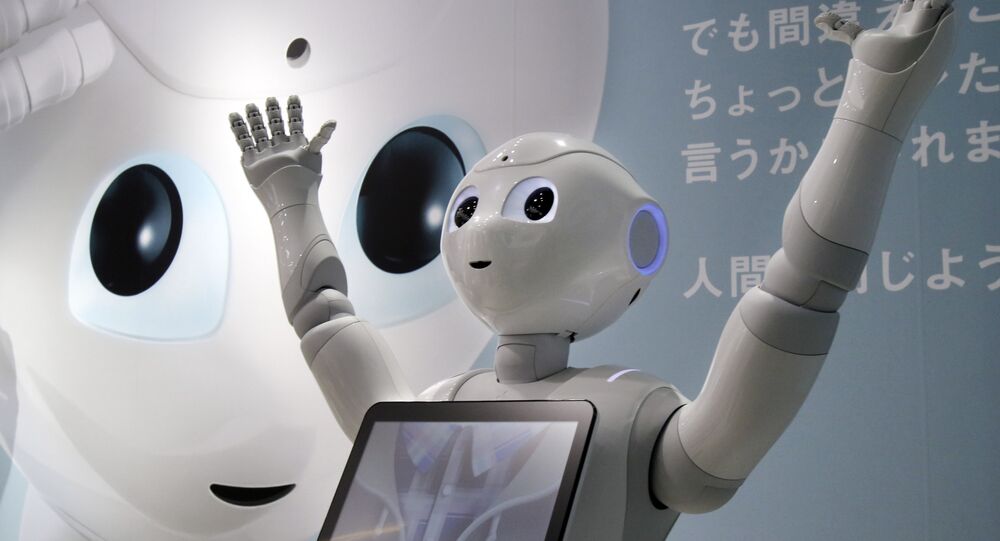 In Japan, robots have many functions, whether performing as sexual partners or helping the elderly – or, hell, both – but now SoftBank’s humanoid robot, “Pepper,” has taken on an unprecedented role: a Buddhist priest that can be hired for funerals.

Pepper was exhibited on Wednesday at the Life Ending Industry Expo, a funeral industry fair in Tokyo, where the bot chanted sutras in a computerized voice while beating a drum, Raw Story reported.

The chanting software was written by plastic molding manufacturer Nissei Eco Co., and was introduced by SoftBank, a multinational telecommunications and Internet corporation, in 2014.

The average cost of a funeral in Japan can be as high as $26,000, according to 2008 data from Japan's Consumer Association, and human priests are a pretty significant chunk, costing as much as almost $2,200. With Japan's aging population, Pepper could be a cheaper alternative to human priests at only $450 per funeral.

Funeral arrangers even have the option to dress Pepper in a Buddhist robe and live-stream the ceremony for people to view online.

Buddhist priest Tetsugi Matsuo attended the expo, saying that he wanted to see for himself if Pepper could "impart the ‘heart' aspect to a machine because the ‘heart' is the foundation of religion."

The robot has not yet been hired to conduct a funeral. However, Pepper robots are widely commercially available in Japan and are freakishly good at detecting basic human emotions like joy, sadness, anger and surprise.

One of the first adopters of Pepper, Tomomi Ota, explained how she feels the humanoid has become a part of her family.

"Obviously there are hundreds of Peppers just like this one. And I suppose they all have similar characters. There's a personality that exists only in this Pepper. And I feel this Pepper's personality is somehow connected to me," Ota said.

Japan has actually turned to robots as the solution to lots of its problems. The country has been struggling with a population decline over the last few years because people just aren't having enough babies. The population is expected to fall from 128 million people to fewer 100 million by 2050, so roboticists are working very hard to create perfect humanoids who talk and walk even more like humans to maintain a certain quality of life in Japan, CBS news reported.