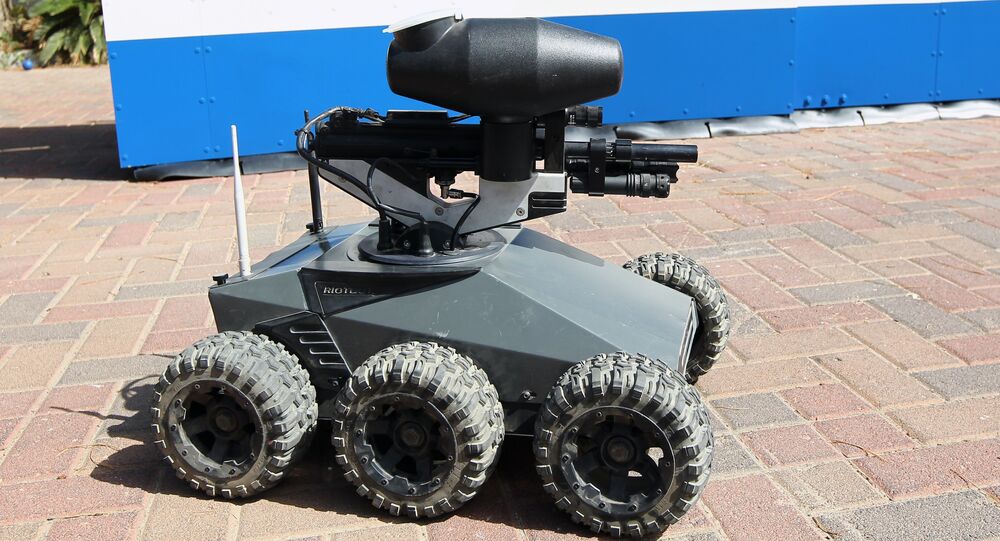 MOSCOW (Sputnik) – On Monday, founders and lead scientists from 116 tech companies urged the United Nations in an open letter to adopt a set of measures to prevent artificial intelligence from being used to develop autonomous weapons. Elon Musk, the founder of Tesla, SpaceX, OpenAI and Mustafa Suleyman and co-founder Google’s DeepMind were among those who signed the letter.

“These private sector leaders and Campaign to Stop Killer Robots are frustrated at the slow pace of the diplomatic talks and are worried that countries are not focused on the outcome, which in our view should be new international law that pre-emptively bans fully autonomous weapons systems. So far, no progress has been made,” Wareham said.

She elaborated that this open letter should not be seen as an attempt to hamper progress in the further development of artificial intelligence or autonomous systems, but rather as an attempt to regulate the industry because “those companies don’t want to see their good work tarnished by the creation of weapons systems that can kill human beings.”

© REUTERS / Mohamed Abdullah
Treaty Violation? Damascus Claims to Find US, UK Chemical Weapons in Syria
“If fully autonomous weapons systems were to commit a crime, it would be virtually impossible to hold anybody responsible for that. The bottom line is the ethical one.  It’s about if we are comfortable allowing a machine to take a human life on the battlefield, in policing, in law enforcement, in border control … We need to start acting before it gets too late and the window is closing,” Wareham added.

Formal talks on autonomous weapons began in the end of 2016 with 123 countries participating in the negotiations. According to Campaign to Stop Killer Robots, 19 countries to date called for a ban on lethal autonomous weapons systems while over a dozen have publicly supported some sort of regulation in this area.

Monday's letter was made public the same day as the Convention on Conventional Weapons [CCW] was supposed to start a week of discussions on the matter, but those meetings were canceled because of “shortage of funds” and rescheduled for November 2017.