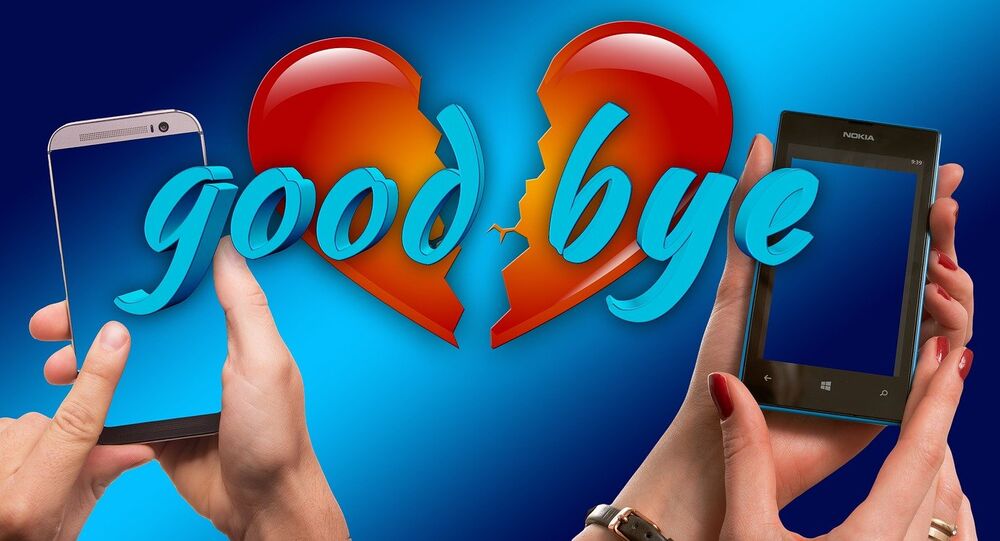 Smartphone separation anxiety is becoming a real problem, according to researchers at the City University of Hong Kong and the Sungkyunkwan University in Seoul. There’s even a real term to describe that anxiety you feel when you can’t find your phone for five whole minutes: “nomophobia.”

According to the scientists, the panic that people experience when they can't access their phone has nothing to do with making or receiving phone calls. Instead, people get anxious because mobile devices are so technologically advanced, they are almost a part of our personal identities. And although the limited study only used a small sample size of 300 students in South Korea, the researchers believe their results show that smartphone separation anxiety will only increase.

After analyzing survey responses, the researchers used semantic techniques to determine that words related to memory and self like "memory," "I," "my," "to me" and "part" were frequently used by individuals with high nomophobia levels.
Think about it: our cell phones store many personal messages and phones calls and allow us to quickly access apps and websites that are significant to our daily lives. So it's no surprise our phones, as well as social media platforms like Facebook, Instagram and Twitter, have almost become extensions of ourselves.

"As smartphones evoke more personal memories, users extend more of their identity onto their smartphones," according to the study, which was published in the Cyberpsychology, Behavior and Social Networking Journal.

"When users perceive smartphones as their extended selves, they are more likely to become attached to the devices, which, in turn, leads to nomophobia by heightening the phone proximity-seeking tendency," the research says.

"Recent smartphone and app development seems to inevitably increase users' attachment, as the technology and related services become increasingly personalized and customizable. This suggests that users should be conscious not to become overly-dependent on smartphones while benefitting from the smartness of the technology," the researchers added.

Nomophobia has yet to be defined as a mental disorder in the Diagnostic and Statistical Manual of Mental Disorders. However, other published studies have also shown that smartphones cause trouble.

A McCombs School of Business study published earlier this year in the Journal of the Association for Consumer Research revealed that merely having a smartphone next to you decreases cognitive functioning, even if the phone is switched off or placed face-down. Simply placing your phone in a different room can boost your cognitive capacity.

According to McCombs Assistant Professor Adrian Ward, "We see a linear trend that suggests that as the smartphone becomes more noticeable, participants' available cognitive capacity decreases."

"Your conscious mind isn't thinking about your smartphone, but that process — the process of requiring yourself to not think about something — uses up some of your limited cognitive resources. It's a brain drain," UT News reported.

It might be time to hang up for a while.