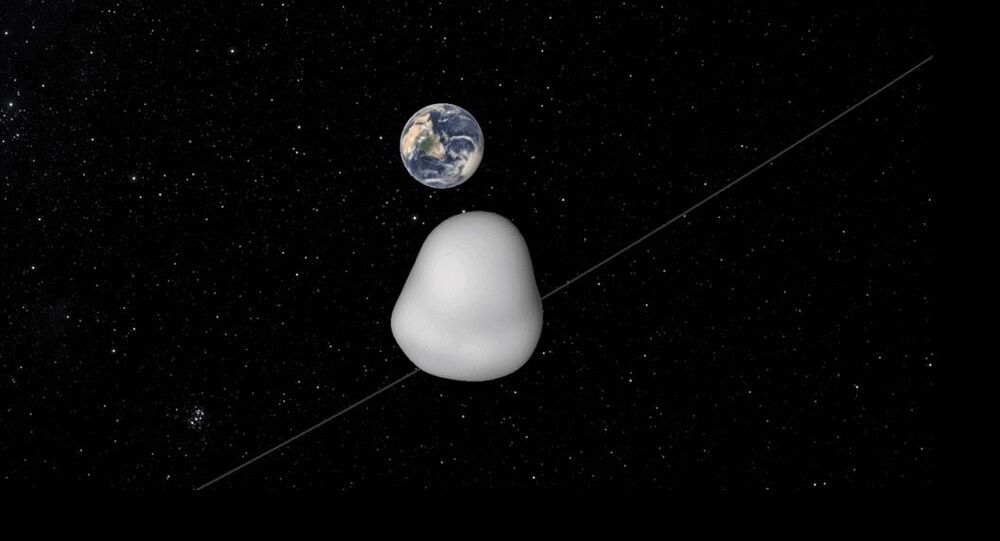 NASA are preparing for yet another round of defense tests as an asteroid is likely to come very close to Earth in October. The space rock is called asteroid 2012 TC4, and according to NASA's coordinates, it is between ten and thirty meters wide.

NASA say they cannot, at this moment in time, predict how close it will come to Earth, however researchers believe it will come no nearer than 4,200 miles from the surface of our planet, which according to some, is a very close encounter.

The US space agency will use the asteroid as an observational campaign to test the agency's defense systems.

Asteroid Flyby Will Benefit NASA Detection and Tracking Network https://t.co/elzgQELsZl Get set for the 2012 TC4 flyby on Oct 12th. pic.twitter.com/pU7QKjfj2L

In the past NASA have used hypothetical impactors to test the various aspects of an asteroid's impact, such as deflection, evaluation and disaster relief.

Never before has the space agency used a real asteroid to test whether their defense mechanisms are up to scratch.

Dr. Vishnu Reddy of the University of Arizona's Lunar and Planetary Laboratory, proposed the method in the hope that it would provide a slightly more realistic scenario.

"The question is: How prepared are we for the next cosmic threat? So we proposed an observational campaign to exercise the network and test how ready we are for a potential impact by a hazardous asteroid," Dr. Reddy said in an online statement.

The experiment itself is being coordinated by NASA's Planetary Defense Coordination Office (PDCO).

Popular at EarthSky this week: How close will asteroid 2012 TC4 come?https://t.co/oP7qSjMKaa

Might give Earth a close shave in October… pic.twitter.com/oisAZyMMKV

The overall goal of the exercise is to "recover, track and characterize 2012 TC4" as a potential impactor in a bid to exercise the entire system from "observations, modeling, prediction and communication."

NASA is not the only space agency with plans in place to stop asteroid attacks, Russia and Europe are working together on the NEOShield project. The group investigate the best ways to deal with objects hurtling towards Earth.

​The aim of the scheme is to identify killer space rocks and then use nuclear weapons to deflect them before they plunge into the Earth.

One idea is a "kinetic impactor," which would fire a huge spacecraft into an asteroid in order to alter its path.

Another would be to use a "gravity tractor" which would involve parking a spacecraft near an object and using thrusters to lead it away by using the weak gravitational force as a cosmic tow-rope.

© Photo : Pixabay
It's International Asteroid Day and Here Are Some Top 'Roid Rages'

China appear to be much braver, and have a more "if you can't beat 'em why not join 'em approach."

The Chinese government has plans to find, catch and land on an asteroid in the hope that they will be able to mine the space rock and utilize some of the valuable resources found on it. They plan to do this as early as 2020, according to government officials.

Finally, the United Nations have developed their own strategy of beating asteroids, and have proposed setting up an International Asteroid Warning Network, which will also include an advisory group which will handle threats and respond to disasters.

There's a huge team working on the 2012 TC4, all of them trying to work out the asteroid's trajectory, as well as its size.

Currently it is said to be the same measurements as the rock that hit the Russian city Chelyabinsk in 2013.