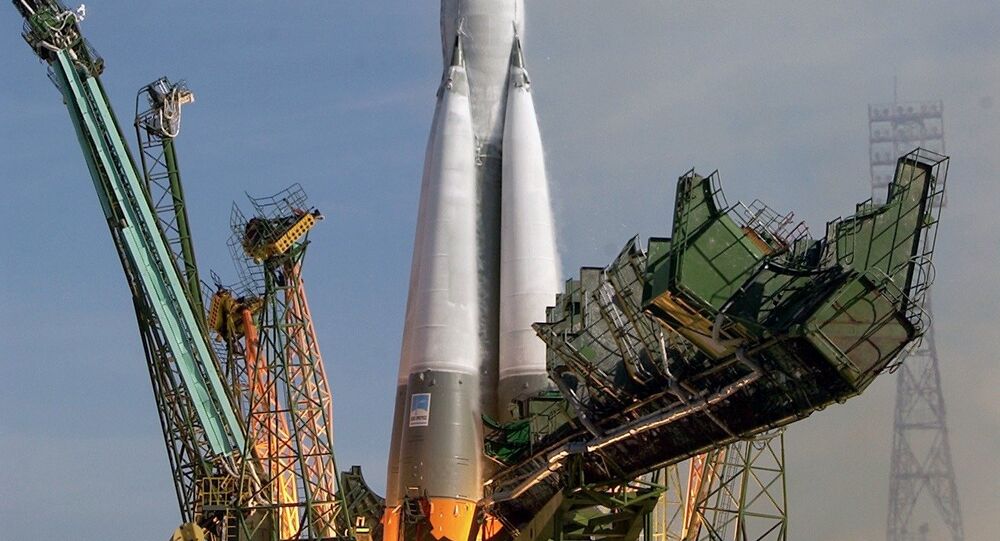 MOSCOW (Sputnik) — The Soyuz-5 is expected to deliver to orbit Russia's new Federation spacecraft, designed to deliver up to four people and cargo to the Moon and space stations in low Earth orbits. The first unmanned test flight of the Federation has been scheduled for 2022, while the maiden manned flight is expected in 2024.

"We hope [to carry out first launches of Soyuz-5 by 2022] by modernizing the launch sites of Baikonur and modernizing the existing launch capabilities of the Sea Launch," Komarov said in an interview with Rossiya 24 channel.

© Sputnik / Igor Russak
Russia's Soyuz-5, Expected by 2022, to Launch From Pads Including 'Sea Launch' - Roscosmos
In June, the head of Russia's S.P. Korolev Rocket and Space Corporation (RSC) Energia, Vladimir Solntsev, said that Soyuz-5 launches would be integrated for the Sea Launch project, possibly followed by launches from the Vostochny Space Center in Russia's Far East.

Sea Launch was formed in 1995 as a consortium of four companies from Norway, Russia, Ukraine and the United States, and was managed by US aerospace giant Boeing. The project aimed to use a floating launch site to place rockets on the equator – the best possible location for launch – which gives the rocket additional speed on lift-off thanks to centripetal force caused by Earth's rotation. The company was purchased by Russia’s S7 Group in September 2016.