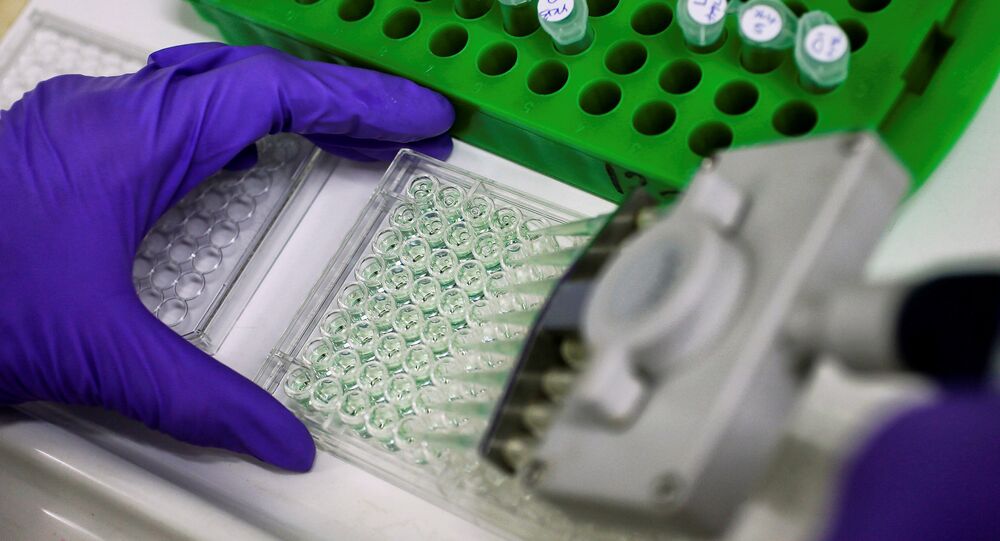 In a bid to solve the international famine problem, scientists in Finland have managed to produce protein using unorthodox methods. The first batch of protein produced using electricity and carbon dioxide is expected to become a forerunner for future hunger relief solutions.

© AFP 2021 / FABRICE COFFRINI
Bug Binge: Finns Most Eager to Feast on Protein-Rich Creepy-Crawlies
The new revolutionary method, which is a collaboration between the Lappeenranta University of Technology and the Technical Research Centre of Finland (VTT) makes it possible to generate the nutrient virtually anywhere energy is available, which is projected to become a sustainable solution to famine and the earth's environmental problems. Additionally, the electricity-generated protein could also be used as animal feed, which would help release cropland for forestry, Finnish national broadcaster Yle reported.

"All the ingredients are practically taken from the air. Therefore, this technology can in the future be used in, say, deserts or other areas where there is a food shortage. Another alternative could be a kind of household appliance that allows consumers to produce protein for their own needs," leading VTT researcher Juha-Pekka Pitkänen told the Finnish daily Hufvudstadsbladet.

Furthermore, the research team estimated that energy from the sun can be used up to 10 times more efficiently than it is at present. Today's protein-producing processes rely primarily on photosynthesis in plants, such as soybeans. According to Pitkänen, the Finnish method is a more direct path to the sun's power compared with photosynthesis. As a rule, single-cell organisms are predominantly protein and 20 percent carbohydrates.

"It requires no pest-control substance, and it allows us to avoid environmental footprint, such as leaks into water systems or the formation of powerful greenhouse gases," Jero Ahola said.

At present, the main obstacle is the relatively slow production rate, which has to be sped up for the product to become more competitive. Today, the production of 1 gram of protein takes around two weeks.

According to Pitkänen, the ultimate goal is to establish a container-sized facility than can produce up to five kilos of single-celled protein a day. It will take be another two to three years before the new unit is up and running, Pitkänen argued. Then, the plan is to scale up by constructing more containers and increasing the size of the reactors. Hopefully, the project will reach its full commercial potential in 10 years.

The joint Food from Electricity study is part of the wide-ranging Neo-Carbon Energy research project in Finland that seeks to develop a completely renewable and emission-free energy system. The study is funded by the Academy of Finland and will run for four years.