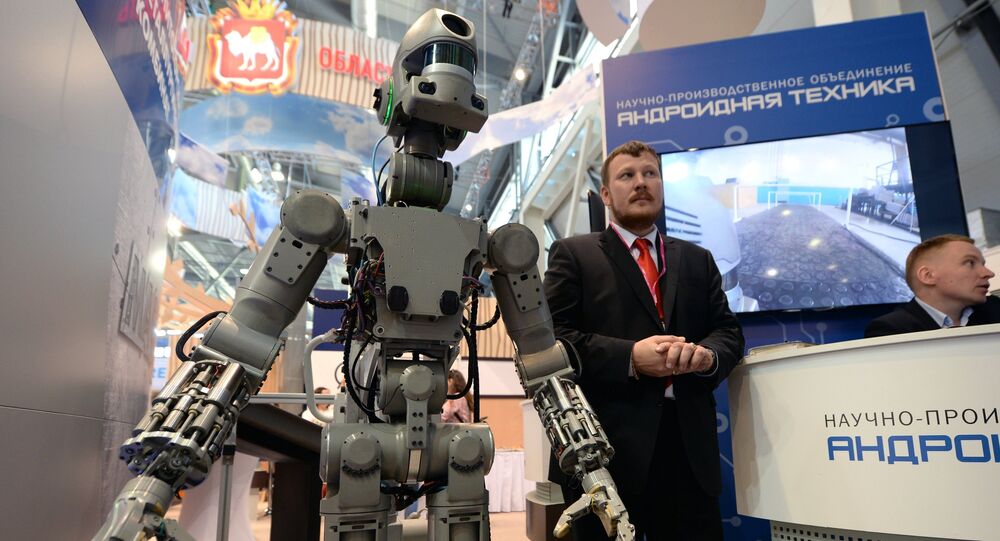 The Russian humanoid robot “Fedor” is the first robot in the world that has managed to do a sit split allowing for a unique freedom of movement.

It will replace humans in places of high risk – for example, in rescue operations and in space. It is planned that in 2021 Fedor will go into orbit on the Russian next-generation Federation spacecraft.

“The robot Fedor has the best kinematics in the world among robotic androids: he is the only anthropomorphic robot in the world, able to perform both longitudinal and cross sit splits. The mechanics of other androids existing in the world do not allow for such freedom of movement,” a report released by the Foundation of Advanced Studies read.

As explained in the report the flexibility of the rescue robot is necessary in order to enable it to overcome a variety of obstacles.

Another unique quality of Fedor is its system of reverse torque or sensory communication. This allows for the operator to be immersed in the physical circumstances in which the robot is located.

“When it comes to such a complex device as an anthropomorphic robot with several control modes, the sensor system must regulate complex mechanical movements, associated, for example, with balance and dynamics,” the report read.

Robot sensors, which measure speed, angular and linear position and many other data information, arrive directly at the control computer.
So if the robot rests against a wall and cannot move forward the person wearing the control suit receives this resistance and helps it in navigation.

The robot is able to independently navigate in the city and cross-country, work with tools and drive vehicles.

© Photo : Youtube/Russian high-tech
Supercool Russian Robot FEDOR Now Works With Even Higher Precision
It can be controlled both in the standalone mode and in the combined mode. Some of the functions are performed automatically by the robot, whereas others are specified by the operator.

In addition to the robotic platform, the network includes a combined remote control system with a so-called control suit.

At the heart of this system is a mathematical model of combined control; its features matching those of a human body.
Earlier, it was reported that Fedor managed to display skills firing using both arms.

“We are not creating a terminator but artificial intelligence which will have a great practical importance in various fields,” Deputy Prime Minister Dmitry Rogozin said.

“The unmanned launch and autonomous flight of our new spacecraft will take place in 2021. … It is expected, and all relevant decisions have already been made, that the robot Fedor will be the first pilot," Yevgeny Mikrin, Roscosmos general designer of the manned spacecraft, said.

Russia's Energia Space Corporation earlier said that the Federation, 80 percent of which is built of composite materials. would be manufactured by 2021.