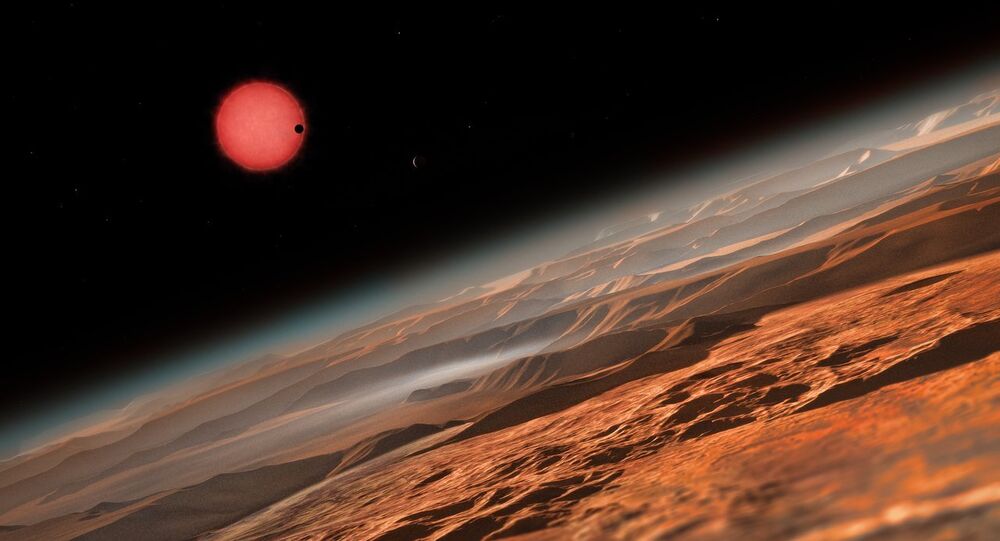 A nearby red dwarf star has been emitting “peculiar” radio signals that nearby and similar stars have not been echoing, setting astronomers on a hunt to discover what’s behind the mysterious activity.

The star in question is Ross 128, the 12th closest known star to our sun at 11 light years away. The red dwarf, located in the Virgo constellation, was under observation by a radio telescope at the Arecibo Observatory in Puerto Rico when the radio signals were discovered on May 12.

"We realized that there were some very peculiar signals in the 10-minute dynamic spectrum that we obtained from Ross 128," wrote Abel Méndez, director of the Planetary Habitability Laboratory at the University of Puerto Rico at Arecibo, in a blog post. "We believe that the signals are not local radio frequency interferences since they are unique to Ross 128 and observations of other stars immediately before and after did not show anything similar."

Stars emit radio signals for various reasons. Usually, they're caused either by Type II solar flares, emissions from an object transiting in front of the star or emissions from a satellite in high orbit around the star.

"Each of the possible explanations has their own problems," Méndez wrote. "For example, Type II solar flares occur at much lower frequencies and the dispersion suggests a much farther source or a dense electron field (e.g. the stellar atmosphere?). Also, there are not many nearby objects in the field of view of Ross 128 and we have never seen satellites emit bursts like that, which were common in our other star observations."

Arecibo astronomers confirmed the May signals to be real on July 17. They hope to discover the cause of the signals before the month is out, according to Méndez.

He added that the new data should help them determine whether the signals are actually coming from Ross 128 or are a form of terrestrial interference from a satellite or similar. That's what many "deep space radio signals' end up being.

"When you recognize that, which one it is, then you have a second mystery. Because why the source is emitting something like that? If you try to use astronomical explanations, it's hard because we've not seen this before."

Méndez says that he believes that the signals are astronomical, and has "a Piña Colada ready to celebrate" if so.

Of course, there's an obvious reason for radio signals to emit, and it might be the first place your mind snapped to. But even if the truth is out there, Méndez doubts that it's around Ross 128. "In case you are wondering, the recurrent aliens hypothesis is at the bottom of many other better explanations."

Life As We Know It? Scientists Discover Antifreeze Chemical Around Young Star