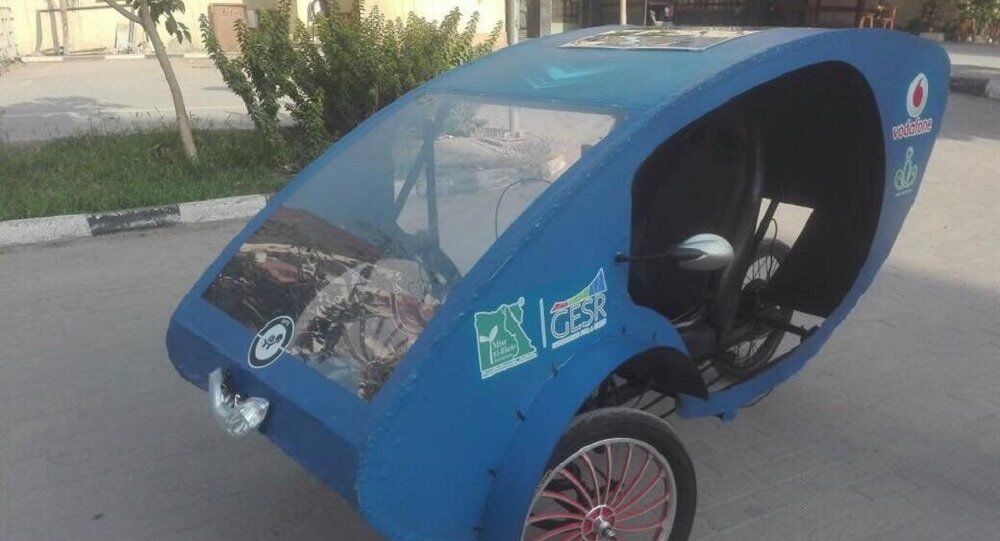 A team of enterprising Egyptian students have invented a new electric car, with a price tag of less than $1,000.

A group of 11 engineering students from the Helwan University in Cairo invented a car that is both extremely affordable and won’t make its owner worry about steep gas prices.

"The car can currently reach a speed of up to 55 kilometers per hour which is optimal for our roads. And it can become a great help for the disabled as you only need one hand to drive it," Ahmed Labib, one of the new electric car inventors, told Sputnik Arabic.

He also pointed out that their creation is equipped with seat belts, which is somewhat of a rarity among vehicles of its class.

"But the car’s biggest advantage is that it can be manufactured right here in Egypt. And the vehicle’s cost will be only about 15,000 Egyptian pounds or $820," the inventor added.

Furthermore, according to Labib, the car can run on both electricity and solar power.

"It can currently transport only one person, but we’re working on boosting its power so that the vehicle would be able to carry two people at once," he said.