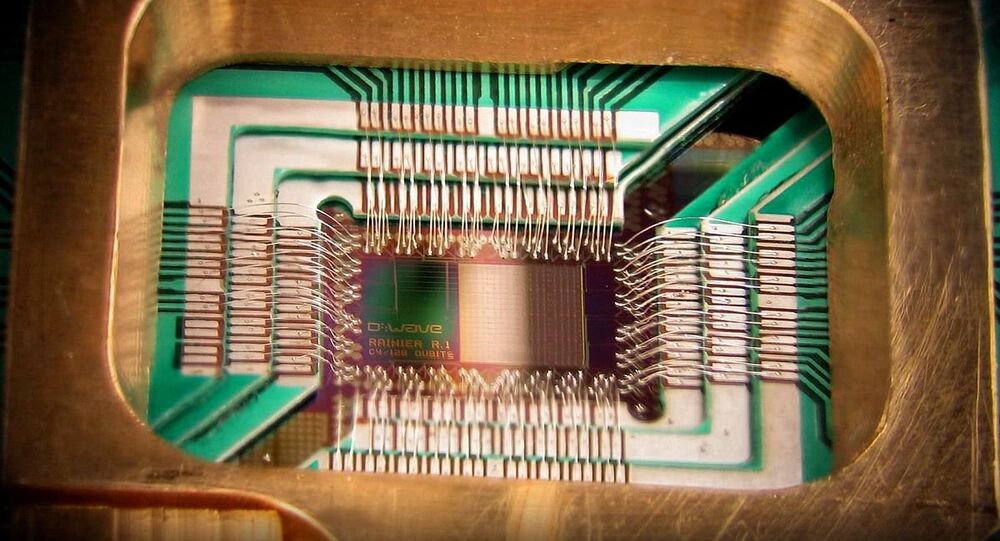 A team of Russian and American scientists at Harvard University has created and tested the world's first 51 qubit quantum computer. Mikhail Lukin, the co-founder of the Russian Quantum Center, says the new system's capabilities make it easily the most complex computing machine of its kind.

Speaking at the IV International Conference on Quantum Technologies in Moscow, held under the auspices of the Russian Quantum Center, Lukin said that the new machine has allowed his group to become leader of the pack in the ongoing race to create a full-fledged, fully functional quantum computer capable of replacing traditional silicon chip-based systems.

© CC0 / Pixabay
China Masters Teleportation? First Object from Earth to Sent to Orbital Platform
Today, there are two main approaches to the creation of quantum computing systems – classical and adiabatic. Proponents of the former seek to create a 'universal quantum computer', its qubits subject to the rules governing the operation of conventional digital devices.

Proponents of adiabatic quantum computing take a different approach, their principle of operation being closer to the analogue computers of the beginning of the 20th century than to the digital devices of the present.

Over the past year, several teams of researchers from the US, Australia and Europe have announced that they were close to creating an adiabatic machine. The believed leaders were Google's John Martinis, whose team is working on a hybrid version of a universal quantum computer combining the elements of both the analog and digital approach to calculations.

However, Lukin and his team have gone further than Martinis' group, which is creating a 22 qubit machine using superconducting circuits.

Lukin's team has instead used an exotic 'cold atom' technology. Discovered by Russian and American scientists, the approach consists of keeping a set of atoms inside special laser 'cells', and cooling them at extremely low temperatures. These atoms can then be used as qubits, their stability of operation preserved under a wide set of circumstances. This approach has allowed physicists to create a 51 qubit computer — the most powerful quantum computer in the world.

DARPA
Pentagon's Secret Weapons Maker Taps Intel for Hyper-Fast Data Processor
Lukin's team has already used the system to solve several physics problems which are very difficult to solve using traditional supercomputers. For example, the Russian and American scientists were able to calculate how a large cloud of interconnected particles behaves, and to detect previously unknown activity taking place inside it.

Testing the results of these calculations required Lukin and his colleagues to develop a special algorithm allowing for similar calculations to be carried out in crude form on ordinary computers. On the whole, the results matched, confirming that the 51 qubit system by the Harvard scientists works in practice.

In the near future, Lukin and his team plan to continue experiments with their quantum computer. Lukin does not rule out that testing the computer with the Shor's algorithm, which allows for the hacking of most of the existing encryption systems based on the RSA algorithm. According to Lukin, a paper on the first results of the work of the Russian-US quantum computer has been accepted for publication in a peer-reviewed scientific journal.

The IV International Conference on Quantum Technology will wrap up on Sunday. Over 100 experts from various fields of physics studying quantum technologies are in attendance.

Volunteers to Live in Self-Sustaining ‘Space Station’ Outside Beijing