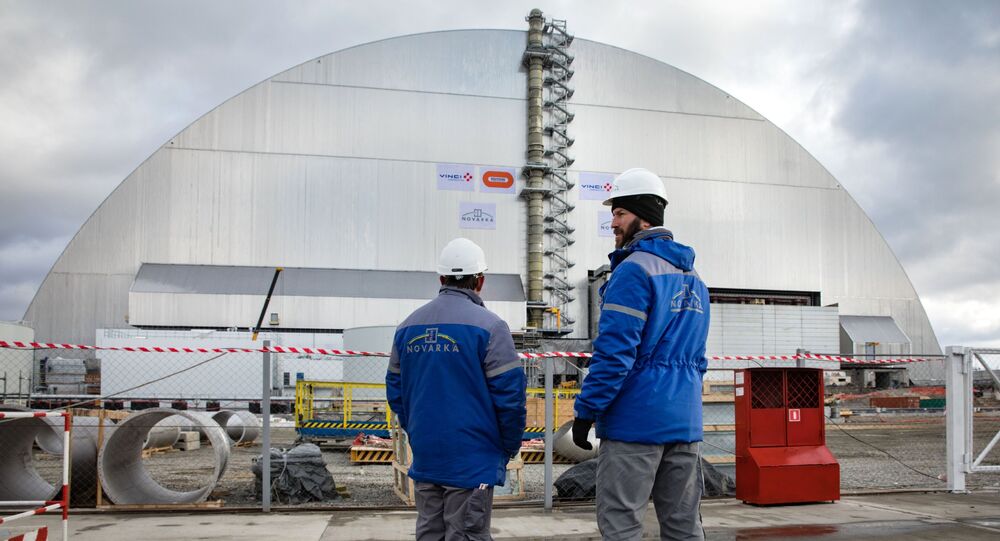 Recent reports suggest that Ukraine and France have been discussing the idea of building a solar power station within the deserted radioactive Chernobyl nuclear reactor plant and the surrounding area. The total cost of the project is estimated at about $1 billion. Sputnik discussed the project with Jenny Chase, Head of Solar Analysis at Bloomberg.

© Sputnik / Andrey Stenin
'Depopulation': Why People Are Fleeing Ukraine at Steady Pace
According to a recent Bloomberg report, Ukraine is in talks with one of France’s largest energy companies, Engie SA, about building a giant, billion-euro ($1.25 billion) solar park in the uninhabited radioactive zone surrounding the abandoned Chernobyl nuclear reactor.

Ukraine’s Minister of Ecology, Ostap Semerak,  said that Engie SA would begin pre-engineering, funded by the French government, and would present the results by the end of 2017.

According to Semerak, Ukraine has chosen France to carry out this project because of its great experience in the sphere of nuclear energy.

"They approached us after we announced our intention to develop renewables in Chernobyl," Semerak told Bloomberg.

As of today more than 60 companies have discussed different schemes for using the notorious "Exclusion Zone" surrounding the epicenter of the Chernobyl nuclear disaster. The Engie SA representative confirmed that the talks were being held, but did not discuss the size of the project.

Chernobyl was the scene of the world’s worst nuclear accident in 1986 and the 2,600 km2 (1,004 square mile) Exclusion Zone has been left wild for the past 30 years. However, the transmission lines to take the electricity to households and factories remain in place.

"The fact that it is not in use and it already has a connection to the Ukrainian grid means that it is actually quite a suitable area. It does not really matter how long it has been out of use; the ground is still suitable for the solar panels," Jenny Chase told Sputnik.

According to Bloomberg, Ukraine’s appeal as a renewable energy market might also lie in its feed-in tariffs. Most other markets have switched to competitive auctions, which have proved successful at driving down the price of clean power and lessening the burden on state budgets and consumers. Ukraine’s tariff varies depending on the size of the project and the year, but the highest is 15 euro cents per kilowatt-hour.

That’s 74 percent higher than the average levelized cost of solar energy in Europe, which factors in the end-to-end costs of building the plant. It’s currently at 8.6 euro cents per kilowatt-hour, according to data from Bloomberg New Energy Finance.

"Ukraine benefits as it gets solar power. My personal opinion is that it is quite expensive, but then the cost of capital is very high in Ukraine, so that may explain the costs," Jenny Chase told Sputnik.

© AFP 2021 / TOSHIFUMI KITAMURA
Visiting the Exclusion Zones: Why Nuclear Wastelands Attract Tourists
Ukraine might have some desire to add solar power to energy nets to diversify its energy market, she said.

The expert also commented on the low level of trust from investors, linking it not to this specific project, but more to Ukraine as a whole, which is perceived as somewhat unstable.

In the past, she said, when countries have set up for solar energy, they have later backed out — Spain, Bulgaria, Romania. There may be such a risk, or simply one of geopolitical instability, which might contribute to the difficulty to pay under Ukraine's future obligations.

However, solar, she said, is not rocket science. Solar does not involve ongoing maintenance work. She further ventured that it would be a suitable use of the land.

In the aftermath of the disaster, the Exclusion Zone has developed into one of Europe's largest de facto wilderness preserves; in the wake of humanity, it has become home to herds of wild boar, wolves, elk, and deer. It is even home to rare Przewalski’s Horses, a wild equine species introduced in the 1990s, and endangered European Bison.

Any attempt to re-purpose the overgrown forest that took root in the ashes of Chernobyl is certain to raise questions among other environmentalists.