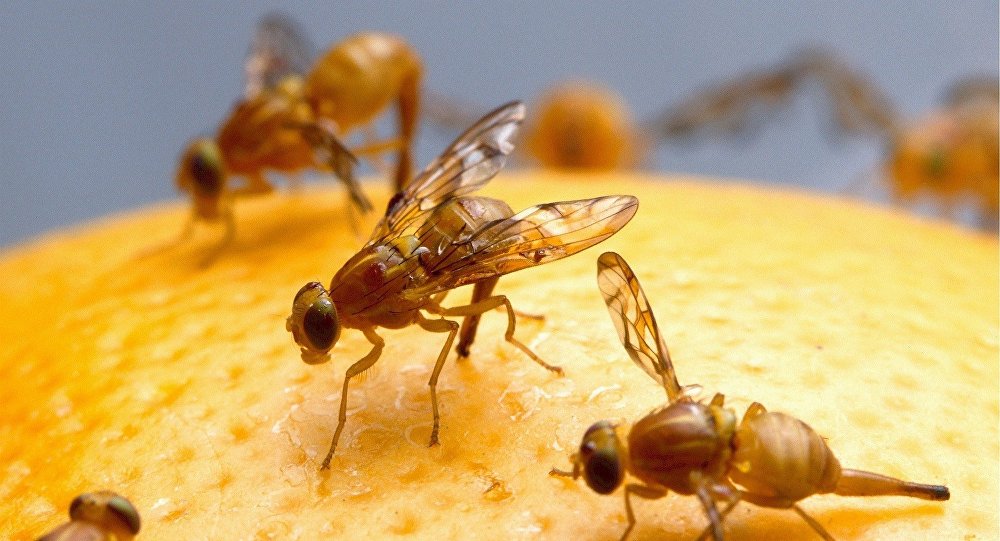 Researchers from the Howard Hughes Medical Institute, a non-profit medical research laboratory in Ashburn, Virginia, created a detailed map, which allows them to learn the anatomy of the brain in the hopes that they will be able to understand the behavior of these tiny creatures.

​The findings have been published in the journal Cell.

A fruit fly's brain, according to the research, is a tangled mess of neurons, and it is for this reason that the neurologists are continually mystified by their behavior.

Fruit flies, otherwise known as Drosophila melanogaster are tiny insects that have a poppy seed-sized brain, and contain over 100,000 neurons.

They love to seek out ripe fruits and vegetables, and they also like to mate. There behavior may be seen as simplistic, however understanding it is far more complex.

​Scientists had previously identified what neurons were associated with a particular area of the fly's brain.

The whole brain was split into different groups of neurons, which were activated to make the flies behave in a certain way.

"Sometimes you'd get flies that would all turn in circles, or all follow one another like they were in a conga line," said Jonathan Hirokawa, co-author of the paper and previously a lab technician at the Howard Hughes Medical Institute.

When certain neurons were fired, the flies would stick close together, or they would avoid each other or chase each other around.

​The behavior of 400,000 flies was filmed, producing 20,000 videos. The JAABA ccomputer program tracked the movement of each fly.

Their behavior was then labeled, and over 500TB of video data was used to train classifier algorithms to associate a certain type of motion to a recognized behavior.

Since the researchers know what areas of the brain have been stimulated, they can create detailed brain maps to find out what neurons are responsible for specific behaviors.

​For example, the researchers have reported a new discovery, identifying the nerve cells linked to hostile responses between females.

"There have been some reports of female aggression, but not females chasing other flies," said Alice Robie, co-author of the paper.

Using JAABA, the scientist have been able to generate thousands of results pinpointing at least 14 behaviors, including jumping, walking, wing flicking and wing grooming.

"We processed the videos on a cluster of machines during the night after collecting them during the day. The total compute time was probably on the order of 20 years, but we could run it on my computers in parallel automatically," Kristin Branson, paper co-author, said.

For now, this technique is only applicable to simple animals like a fruit file.

"These methods are based on genetic manipulations which can only really be done in model organisms like fruit flies. However, we are hopeful that the general principles of neural computation that can be discovered by studying simpler organisms will be shared with humans," Branson added.

The 'Mousechurian' Candidate: Mice Become Assassins at the Flick of a Switch