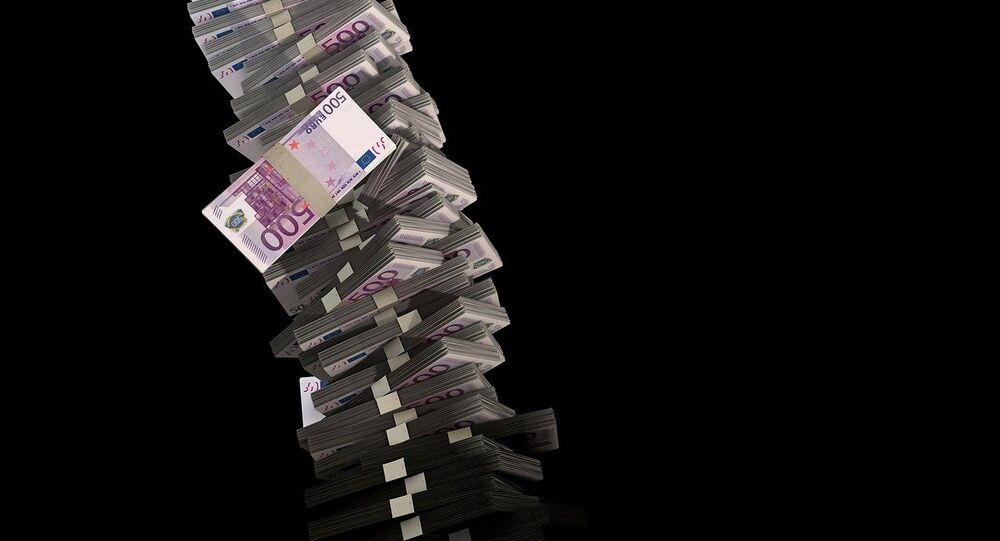 As terrorist groups increasingly rely on small groups, or individuals, to do their evil bidding, traditional detection algorithms used by banks to identify their financial transactions have become significantly less effective. Consequently, banks are turning to machine learning to track down dodgy dealings.

Daesh is an organization on the run internationally. No longer able to stage large-scale attacks, the group has resorted to covertly employing individuals, or small groups, to carry out terroristic misdeeds. The employ of small cells and lone operatives makes it difficult for law enforcement to identify and stop attacks in advance — and it also means tracking the path of their funds internationally is exceedingly tricky.

© CC0 / Pixabay
As Ivory Becomes Key Terror Funding Source, UK Troops Battle Poachers in Gabon
While banks have long used anti-money laundering systems to flag suspicious activity, in the aftermath 9/11, those tools have been focused on catching terror-related transactions, too. However, with small sums now flowing from the group to individuals the world over, financial institutions are ill-equipped to the task of spotting the flow of cash.

For instance, if the software spots a seven-figure transfer of funds from Florida to Colombia, it will flag it automatically as a drug and/or money-laundering transaction. However, in the present milieu, these tools are barely effective, as there are too many rules and possibilities to consider, and the small transactions a terrorist in hiding makes might not raise the requisite red flags.

As a result, banks are increasingly turning to machine learning to mine their internal data and find anomalies that might otherwise go unnoticed. The discipline is still in its infancy as of 2017, but regulatory experts have high hopes for the potential of these tools — after all, machines are able to consider multiple additional data points and analyze them in ways humans aren't.

Numerous regulatory and legislative changes in the West since the 1960s have obliged banks to assist government agencies in detecting money laundering — software has automated the process, but even the best tech can be plagued by false positives, with legitimate transactions erroneously flagged as criminal. Conversely, they can easily miss illegitimate transactions. A 2016 Dow Jones survey of over 800 anti-money laundering professionals found around 50 percent weren't confident in the efficacy of these automated screening processes.

The challenge for banks is there are infinite possible permutations of transactions to consider in a rules-based system.

A Belgian wishing to join Daesh could withdraw money from a Brussels ATM, receive a Western Union transfer in Tunisia, and use a credit card in Syria. They could also take out a payday loan or transfer money to family. On their own, these activities might not trigger suspicion, but considered collectively, they create a pattern artificial intelligence could identify as potentially questionable.

© Photo : Pixabay
Report Slams European Failure to Tackle Money Laundering Despite Panama Papers
Moreover, by inputting the financial histories of known, past terrorists and criminals from the world's biggest banks — how quickly money moved around, where it moved, and how much was transferred — algorithms can begin learning and identifying suspicious behavior without human guidance.

Moreover, they can look for other anomalies, such as in number sequences. When criminal groups launder money, they often falsify invoices to make it appear a legitimate transaction occurred to cover the money's true, illicit source. These invoices come with their own identification numbers, and often gangs forget which numbers were used — duplications and mistakes can be easily identified by machine learning.

Such capabilities were pivotal to identifying an alleged drug trafficking ring in Panama — Grupo Wisa, a holding company which runs duty free stores in Latin American airports. QuantaVerse found a series of invoices for large, round dollar amounts being passed back and forth between businesses that had the same owner, a telltale sign of a money laundering operation. Moreover, the firm's founders believed it may well have been in aid of terrorist activities.

QuantaVerse reported the issue to its client, and in January 2017, Nidal Waked, one of Grupo Wisa's proprietors, was arrested by the US Drug Enforcement Agency at Bogota airport on money laundering charges.

Of course, as with any machine learning system, results can only be as good as the data fed into them, and the oversight and controls put on them by humans. Law enforcement, intelligence services and populations everywhere have frequently been slow to adapt to the terror threat's ever-changing face — hopefully, machines will adapt much faster.

US 'Always Wanted to Settle' Money-Laundering Case Against Prevezon - Lawyer