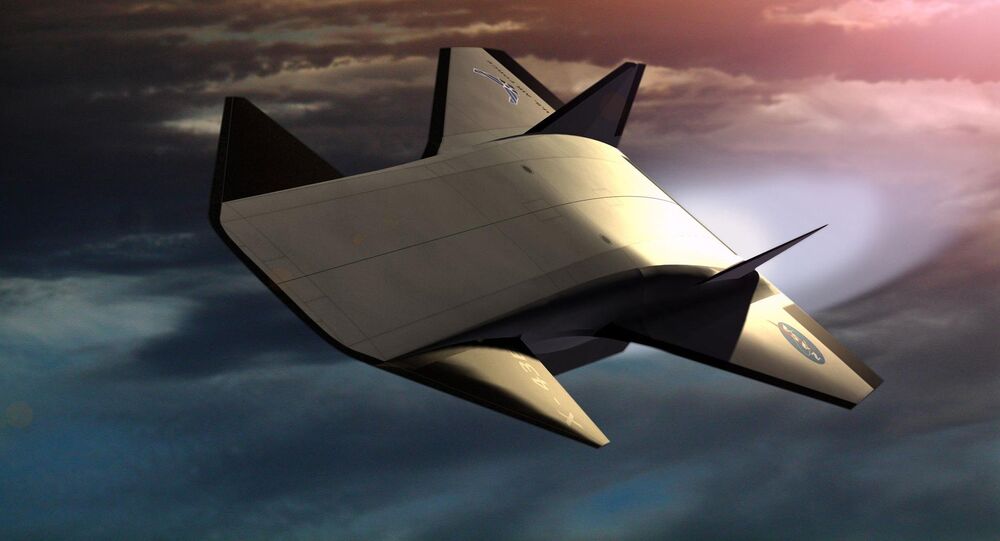 Researchers at The University of Manchester, in collaboration with Central South University (CSU), China, have created an innovative ceramic coating that could revolutionize hypersonic travel – for defense, space and even air travel purposes.

Hypersonic travel is defined as moving at Mach five or above — at least five times faster than the speed of sound. While a historic aspiration of aviation professionals, achieving such velocity has proved elusive. After all, the heat generated by air and gas in the atmosphere is already extremely hot, and traveling at such speeds can gravely impact an aircraft's structural integrity.

This structural problem is caused by two processes — oxidation and ablation — when extremely hot air and gas remove surface layers from the metallic materials of an object traveling at high speeds.

To combat the issue, materials dubbed ultra-high temperature ceramics (UHTCs) are needed in aero-engines and hypersonic vehicles such as rockets, re-entry spacecraft and defence projectiles — although, contemporary UHTCs can't satisfy the associated ablation requirements of travelling at seriously extreme speeds and temperatures. As a result, attaining such speed was thought impossible — or, at least improbable for decades.

Now however, the University of Manchester's and the Royce Institute, in collaboration with the Central South University of China, have designed and fabricated a new carbide coating vastly superior in resisting temperatures — perhaps even up to 3,000 °C — taking air travel that much closer to achieving Mach five and beyond.

"Future hypersonic aerospace vehicles offer the potential of a step jump in transit speeds. A hypersonic plane could fly from London to New York in just two hours and would revolutionize both commercial and commuter travel. At present one of the biggest challenges is how to protect critical components such as leading edges, combustors and nose tips so that they survive the severe oxidation and extreme scouring of heat fluxes at such temperatures cause to excess during flight," said Regius Professor Philip Withers of Materials at the University of Manchester.

The much improved performance of the coating is attributable to its unique structural make-up and features, manufactured at the Powder Metallurgy Institute, Central South University and studied in University of Manchester, School of Materials. This provides extremely good heat resistance and massively improved oxidation resistance.

What makes the coating unique is its creation via a process called reactive melt infiltration, which dramatically reduces the time required to make such materials, and its reinforcement with carbon-carbon composite, making it not only strong but extremely resistant to usual surface degradation.

"Current UHTCs used in extreme environments are limited and it is worthwhile exploring the potential of new single-phase ceramics in terms of reduced evaporation and better oxidation resistance. In addition, it has been shown that introducing such ceramics into carbon fibre- reinforced carbon matrix composites may be an effective way of improving thermal-shock resistance," explained School of Materials at Manchester University Professor Ping Xiao, who led the study.