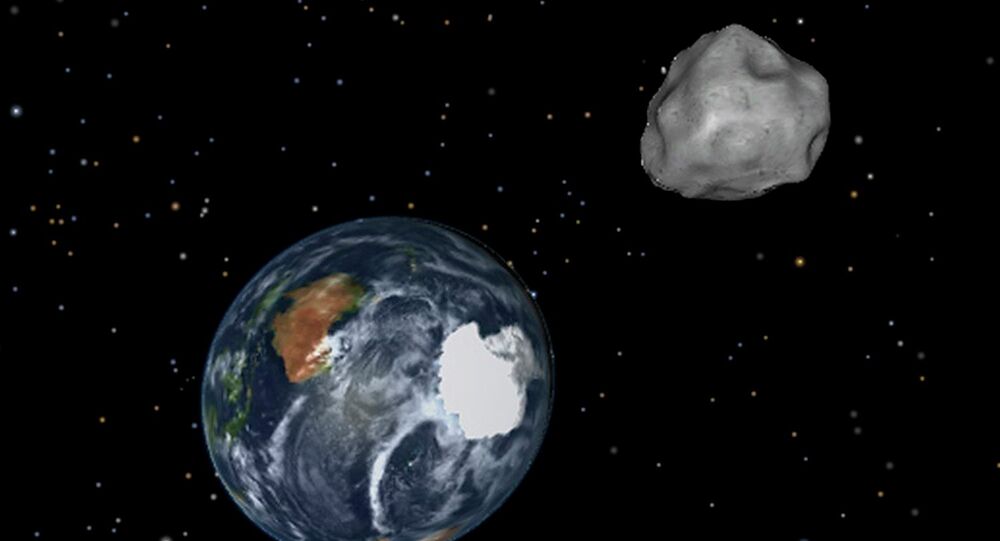 NASA has created a new tactic to prevent celestial rocks from striking earth -- and it’s not exactly rocket science.

Far more modest — and perhaps more efficient — than you might imagine, the “kinetic impactor technique” could mitigate the threat of an asteroid by simple deflection.

The idea behind NASA’s DART (Double Asteroid Redirection Test) is to throw asteroids off their collision course with Earth using a projectile a few feet square. Yes, a device the size of a refrigerator could literally save the world from an asteroid-induced doomsday.

Johnson’s planetary defense team has been authorized to test DART "with a non-threatening small asteroid," called Didymos B, slated to approach earth in the early 2020s. NASA plans to shoot its spacecraft-projectile hybrid at Didymos B, which is only 160 meters in diameter but will be hurtling through space at a blurrying 3.7 miles per second.

"Since we don’t know that much about their internal structure or composition, we need to perform this experiment on a real asteroid," Johns Hopkins researcher Andy Cheng said in a release. Cheng hopes DART "can show how to protect Earth from an asteroid strike… by knocking the hazardous object into a different flight path that would not threaten the planet."

Asteroids are actually a daily occurrence for earthlings, NASA said in a Friday release, but they go essentially unnoticed since the atmosphere incinerates them before landing.