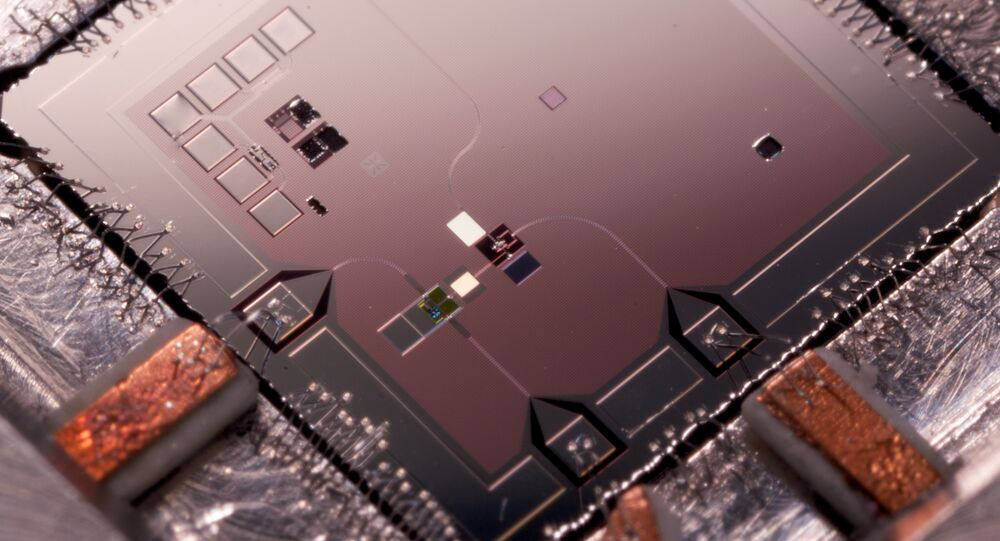 A team of scientists has developed a new on-chip that may become a major breakthrough in the field of quantum information.

© CC0 / Pixabay
Israel Enters Quantum Computer Race, Placing Encryption at Ever-Greater Risk
INRS physicists managed to create the first silicon chip that can be used to both store and manipulate high-dimensional qubits – units of quantum information – which may help simplify the architecture of quantum computers, according to a study published in Nature, a top US scientific journal.

Qubits act as memory cells and computation modules in aquantum computer, and each qubit can store both 0 and 1 due to the laws of quantum physics.

"At this point we learned to operate with ten frequencies. In a two-photon system that allows for at least one hundred dimensions. By improving the precision of manufacturing of the resonator, the electronics responsible for spectral dispersion will allow one to work with nearly a hundred different colors. It is this fine tuning that will help increase the number of the system’s quantum states," Professor Roberto Morandotti, the project’s research team leader, said.

Alexei Ustinov, one of the lead researcer at the Russian Quantum Center, told RIA Novosti that while scientists quickly learned to produce single qubits, it quickly became apparent that a network comprised of several qubits is poorly suited for storing and retrieving information.

This factor prompted many researchers to pursue a different approach: instead of attempting to unite several qubits into a single network, they instead seek to ‘pack’ several quantum information cells into a single qubit.

Morandotti and his team managed to solve this problem by developing a chip that allows 'packing' virtually unlimited amount of quantum information into pairs of entangled photons.

The chip itself is essentially a micro-resonator: a hollow silicon ring where light can move in a circular pattern, bouncing off the walls. The chip can be modified to amplify or dampen certain light impulses in order to encode memory cells.

"By merging the fields of quantum optics and ultrafast optical processing, we have shown that high-dimensional manipulation of these states is indeed possible using standard telecommunications elements like modulators and frequency filters," Professor Jose Azana added.