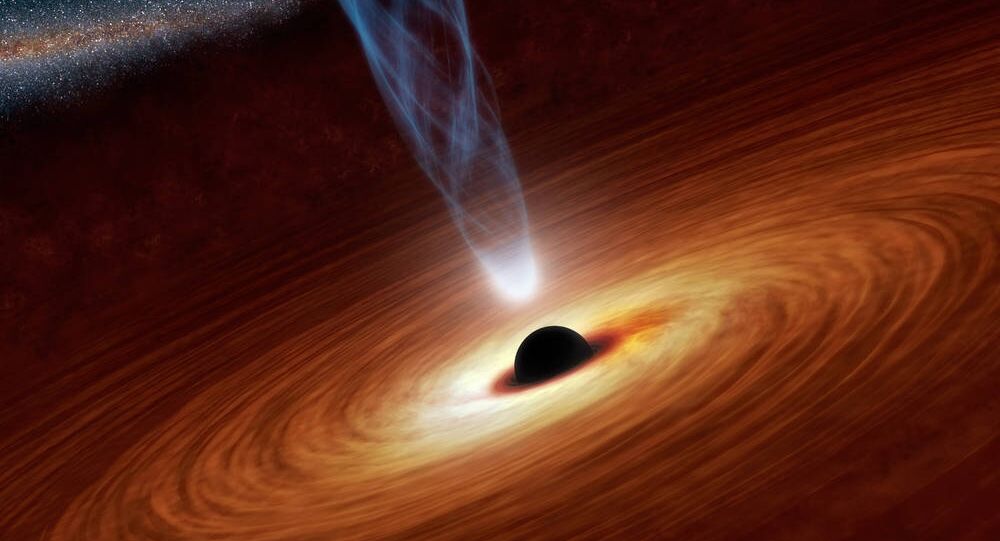 Seven hundred and fifty million light-years from Earth is one of the most peculiar galaxies ever discovered: one with two supermassive black holes orbiting one another at its center. This is the first confirmed case of such galaxies existing, although they have been theorized to exist for years.

The new paper, by researchers at the University of New Mexico (UNM) and published in the Astrophysical Journal, claims that the distant galaxy has two black holes in the center whose mass together is 15 billion times that of our sun. Every 24,000 years, they orbit one another in one of the longest orbital periods ever discovered – scientists did not notice even a slight curvature in orbit during 12 years of observation.

"For a long time, we've been looking into space to try and find a pair of these supermassive black holes orbiting as a result of two galaxies merging," said paper co-author and UNM professor Greg Taylor in a statement. "Even though we've theorized that this should be happening, nobody had ever seen it until now."

The observations were done through the National Radio Astronomy Observatory's (NRAO) Very Long Baseline Array (VLBA). They began in 2003 and continued until 2015, according to study lead and UNM graduate student Karishma Bansal. She also said that the team will continue to observe, and hope to put out a paper in the next three or four years that charts the precise orbits of the twin black holes.

The galaxy is expected to be of particular interest to astronomers because it may teach us more about supermassive black holes and the galaxies that form around them.

"Supermassive black holes have a lot of influence on the stars around them and the growth and evolution of the galaxy," Taylor wrote. "So, understanding more about them and what happens when they merge with one another could be important for our understanding of the universe."

One such galaxy is our own, the Milky Way – and perhaps someday, the Milky Way will become a binary black hole galaxy too, when it collides with the Andromeda galaxy in about 4 billion years. Keep reading Sputnik News – we'll be sure to cover the collision when it occurs.