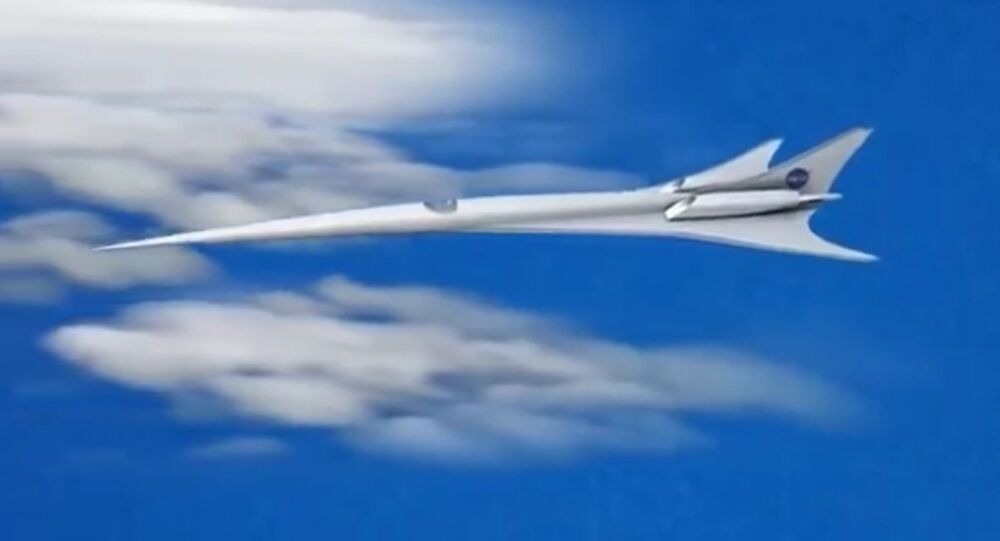 NASA has completed its preliminary design review for its experimental low-boom supersonic airplane, meant to provide supersonic air travel for the masses once more.

The Low-Boom Flight Demonstration X-plane, or LBFD, is meant to be a revival of commercial supersonic aircraft. The Concorde jet gave passengers with money to burn the option to travel in supersonic style, but in 2003 the planes were discontinued due to cost and safety concerns.

One major disadvantage of the Concorde was that a sonic boom traveled behind it, making it extremely noisy to fly. As such, it was banned from traveling overland. The "low boom" in LBFD indicates that it will create a much smaller sonic boom, which would allow it to travel overland, and thus become more profitable.

To accomplish the "low boom," NASA has partnered with Lockheed Martin to design what they call Quiet Supersonic Technology, or QueSST. The government agency and major contractor completed the preliminary design, and experts and engineers have determined that the QueSST design would fulfill all their ends for the plane.

"Senior experts and engineers from across the agency and the Lockheed Martin Corporation concluded on Friday that the QueSST design is capable of fulfilling the LBFD aircraft's mission objectives, which are to fly at supersonic speeds, but create a soft 'thump' instead of the disruptive sonic boom associated with supersonic flight today," wrote NASA in a statement.

"Managing a project like this is all about moving from one milestone to the next," David Richwine, manager for the design effort under NASA's Commercial Supersonic Technology Project, said in a press release. "Our strong partnership with Lockheed Martin helped get us to this point. We're now one step closer to building an actual X-plane."

With the preliminary design completed, it's time to begin performance and wind tunnel tests to work out the plane's kinks. Once that's done, NASA will solicit proposals from contractors to actually build the plane itself. Lockheed Martin's contract was only to design the prototype, not the plane itself — that will be determined in open competition.

NASA hopes to have a fully operational plane to launch test flights as early as 2021.

The US government aren't the only ones who want to bring supersonics back to the commercial marketplace. American startups such as Aerion, Boom Supersonic, and Spike Aerospace are working on planes of their own. Aerion, which is partnered with Airbus, intends to have their supersonic business jets enter service in 2023. Boom and Spike both claim that they want to demonstrate their test aircraft as early as 2018.