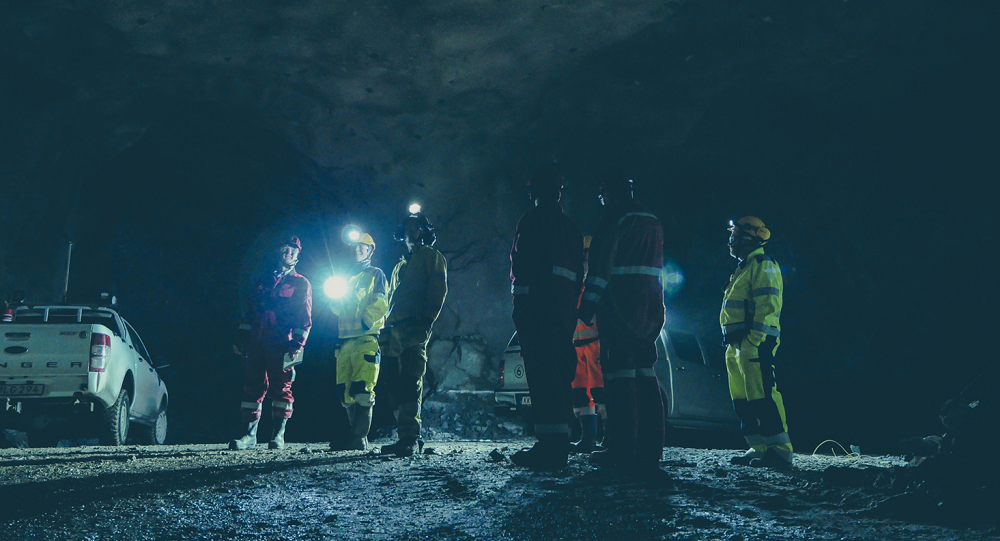 In 2010 a collapse at a copper mine in Chile trapped 33 miners underground for two months. But the Swedish firm Ericsson are exploring technology, which might one day mean mining can be carried out without anybody underground.

Sweden is at the forefront of driverless truck technology, which is being piloted on Highway 40 between the cities of Gothenburg and Boras in western Sweden.

Autonomous vehicles are also being tested by Volvo Trucks in a mine in Kristineberg and Scania on a test track outside Sodertalje, near Stockholm.

But Ericsson are taking the same 5G technology one step further with a pilot project in northern Sweden.

Ericsson are using remote-controlled 5G technology in a gold mine at Kankberg and the two-year pilot, which was due to come to an end this month, has been extended with the support of the Swedish government.

The success of the Kankberg pilot is really capturing the imagination of the mining industry.

Ericsson's Research Director, Torbjorn Lundahl, said the two biggest problems they had faced were with the reliability of the 5G connection and the ability to speed it up so that the operator could use a remote-control steering device safely.

"When it comes to the reliability of the network it's crucial. While it's no big deal if you're using Facebook and you lose your connection for a few seconds, when you are producing something like this it has to be reliable," Mr. Lundahl told Sputnik.

The Kankberg mine is up to 400 meters deep and although the technology works in a similar way to the Wi-Fi which is produced for customers on the London Underground, "sophisticated measurements" had to be taken so it worked in the conditions.

"In cities you have reflections off buildings which sometimes affect your mobile phone signal. We now have features which can stop that and we could take off that underground as well because there were a lot of rocks which could affect the signal," he told Sputnik.

"Instead of the operator being below ground he can now sit in a control room above ground and control the machine and there is no interruption in production, because with some of these big mines it can take up to an hour for miners to get to the seam," Mr. Lundahl said.

© Photo : Boliden
An automated mining machine at work in the Kankberg gold mine in northern Sweden and unlike human miners they can work without oxygen and in high temperatures.

In Australia they have also been experimenting with automated drilling machines.

The British company Rio Tinto has deployed automated trucks and drilling machines at its open cast iron ore mine in Pilbara, Western Australia and now its rival Fortescue is following suit, to cut costs.

But Ericsson and its Swedish partners have gone much further at Kankberg and Mr. Lundahl said they had a "vision" of the future.

He said it was often necessary to carry out blasts underground and with existing mines it was necessary to wait hours or even days before the area was safe to send miners in.

"It is very dangerous and very expensive but with the new technology you could send the machines in straight away," he added.

Antonio Banderas stars in the new 'The 33' trailer, based on the 2010 Chile Mining Accident. https://t.co/hyDCz0hgFx pic.twitter.com/VG63DBhNwh

​Mr. Lundahl admitted mining companies were excited about the prospects for their productivity and profitability, but he denied the technology was being driven by greed or a desire to reduce the workforce.

"The main rationale was always safety and the mining operators say it's safety first and then productivity," he told Sputnik.

In August 2010, the Copiapo copper mine in Chile collapsed, trapping 33 miners.

They were finally rescued two months later but the total cost of the rescue was around US$20 million.

"In a lot of places if you got rid of the personnel (from underground) you could be much more productive but you would also avoid terrible accidents," Mr Lundahl said.

At Least 35 Miners Killed in Iranian Coal Mine Explosion